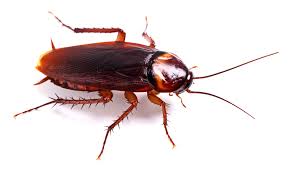 Cockroaches are animals that disgust us, they are seen as pest that can invade our homes, destroy lots of goods and properties, a vector of diseases. But before we begin to rain negative words on these little creatures, have we ever taken out time to envisage how important these little guys could be to us and to the world? Would the world function effectively without them around?

Oh yes, we may say we don't need them! but that is because we don't know how their extinction would impact the world and it ecosystem.

No wonder the Chinese have from a long time been exploring the benefits in this animals. While the whole world have been seeing this animals as repulsive and resentful, it looks as if the Chinese are the only ones seeing the potentials in them.

Below are some positive impact these creatures can contribute to the world;

They can be used as an effective live saving Medicine

It has been studied that the application of cockroach could change the phase of medicine forever. Scientists have been working tirelessly on creating drugs that could cure E. coli and  methicillin-resistant Staphylococcus aureus MRSA— these are two deadly antibiotic-resistant bacteria— it has been identified that using chemicals extracted from the brains of cockroaches, could be the panacea to fighting these two deadly bacteria.

Researchers recently discovered that tissues from the brains of cockroaches could killed these bacteria, they knew this when they started to investigate how cockroaches are able to survive in filthy environment such as sewage and garbage where bacteria thrive abundantly.

The researchers discovered that the nerves and the brains of cockroaches and locusts contained chemicals that killed these dangerous bacteria. But however, they have not confirmed the exact chemicals that do the work. They are still trying to uncover the answer and hope to use it to develop antibacterial drugs in the future.

The Ecosystem Would Be Destroyed If They Go Extinct

Cockroaches might be hated, but the truth remains that they are very crucial for a balanced ecosystem. The world ecosystem would suffer a serious disruption if cockroaches ever go into extinct. Their extinction would have a direct impact on the populations of the many species of birds, rats, mice, and lizard, that consider cockroaches as a source of food. However, these other animals may not die off completely because they have other source of nutrient, but their numbers would reduce drastically.

In turn, the diminished populations of these animals would reduce the number of cats, wolves, coyotes, eagles, reptiles, and several other creatures that consider birds, rats, mice, and lizards as food. The effect is going to affect the food chain in our ecosystem.

The forests would also suffer from this effect because these pests feed on decaying organic matter, bringing about their decomposition in the soil. Also their poops are rich in nitrogen which is a very essential compound for plant growth.

They Have a Huge Economic Important

There lots of economic important these creatures could bring to us and to the nation, the Chinese understands this that is why this animals is very vital to them. They know a lot of benefits in this animals and how handy they could be. For several years, the Chinese have been utilizing this little creatures making different drugs and cosmetics with them.

While the rest of the world hunts for these creatures and kill them, the Chinese on the other hand breeds them because they know how important they are and how much they can make from it. In China the price of dried cockroach in recent years have increased drastically from $2 per 500g to $20, that is an incredible amount for these animals. However, majority of other nation have not known about this but maybe they would in the nearest future.