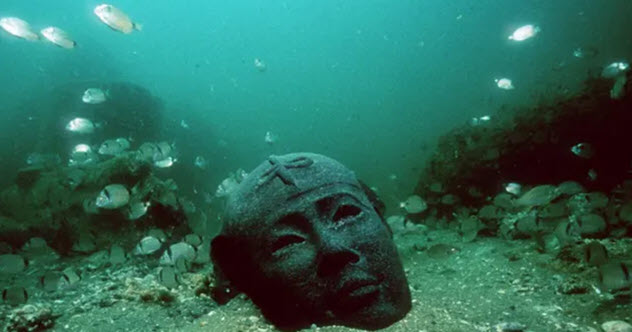 History have it that there are hundreds to thousands of cities even empires that have once existed but now lost without trace. The mystery governing their disappearance is sometimes explainable, like the lost city of Atlantis for example is an Ancient City whose disappearance is still obscure making many archeologist and historians to doubt if it had ever existed at all.

The Lost City Of Atlantis

It is an island mentioned within an allegory on the hubris of nations in Plato's works Timaeus and Critias, where it represents the antagonist naval power that besieges "Ancient Athens". In the story, Athens repels the Atlantean attack unlike any other nation of the known world, supposedly giving testament to the superiority of Plato's concept of a state. The story concludes with Atlantis falling out of favor with the deities and submerging into the Atlantic Ocean. Despite its minor importance in Plato's work, the Atlantis story has had a considerable impact on literature. Some ancient writers viewed Atlantis as fictional or metaphorical myth; others believed it to be real.

Shi Cheng, an old Ming city of China with impressive monuments dating back to at least the 1500s and probably centuries before. The region was flooded in 1959, and now the city lies at the bottom of a 40-meter-deep (130 ft) lake.

The city was forgotten until 2001 when the Chinese government organized an expedition to survey the ruins and discover what was left. To their surprise, the flooding had preserved the old stone buildings extremely well.

Thonis-Heracleion is one of the most important ancient cities in the world found in Egypt. It was first settled over 4,000 years ago and served as Egypt’s trade capital for well over a millennium. It was a cultural mixing pot. Greek and Egyptian armor and weapons have been found together in the city’s sunken depths alongside statues which feature both Hellenic and Egyptian art styles.

It was also a center of religious amalgamation, a place where the new Greek Ptolemaic dynasty was already beginning to be worshiped and depicted in art as Egyptians.

This city is no where to be found now because it has been lost to the seas.

Port Royal is an ancient city of Jamaica, it used to be a very wealthy nation, it was the center of shipping and commerce in Jamaica until an earthquake on June 7, 1692 largely destroyed it, causing two thirds of the city to sink into the Caribbean Sea.

Port Royal gained popularity in the 17th century as both the "richest and wickedest city in the world". It was notorious for its gaudy displays of wealth and immoralities, and was a popular abode for pirates to bring and spend their wealth and treasure.

On June 7, 1692, a devastating earthquake hit the city causing the sandspit on which it was built to liquefy and flow out into Kingston Harbour. The effects of tsunamis caused by the earthquake further eroded the sandspit, and soon the main part of the city lay permanently underwater, though intact enough that archaeologists have managed to uncover some well-preserved sites. The earthquake and tsunami killed between 1,000 and 3,000 people combined, over half the city's population.