Unbelievable Things Doctors Could Prescribe In Place Of Drugs 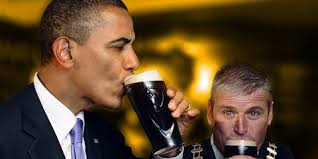 It has became a normal thing that whenever we visit the doctor the next thing is to expect drug prescription. However, there are quite a lot of things that could be of help to patients other than drugs. Physicians seem to be gradually shifting from solely recommending the use of medications to prescribing other unconventional things. These bizarre prescriptions could be issued alone or to supplement a medication or some other treatment.

We would all agree that children nowadays don’t play as much as they did a few decades ago. This is probably because many parents erroneously believe that play is just another avenue for children to run around and get dirty. Besides, many children also prefer watching television these days instead of playing.

Physicians say that a lack of play is damaging to a child’s health because play is important for learning, creativity, reducing stress, and ensuring mental and all-around development.

Bird-Watching And Strolling By The Beach

In 2018, the National Health Service of Shetland, Scotland, revealed its plans to allow doctors to prescribe bird-watching to patients with chronic and debilitating diseases like diabetes, mental illness, and heart disease. Doctors can also write prescriptions for the patient to stroll by the beach or just wander around.

The UK National Health Service is also contemplating allowing doctors to write music prescriptions for dementia patients. According to Matt Hancock, UK Secretary of State for Health and Social Care, the plan was part of the government’s attempt to reduce the persistent problem of “over-medicalizing the population.”

The government reached the decision after observing that dementia patients who sang and listened to music appeared less distressed and took less medication. In another study organized by Hull’s stroke recovery service and the Royal Philharmonic Orchestra, almost 90 percent of stroke sufferers experienced improved health after they were treated to music therapy.

Guinness has always been promoted for its health benefits because it contains several medicinal properties including antioxidant compounds that may prevent heart attacks. It also contains iron. A pint of Guinness contains 3 percent of the 19 mg per day iron requirement for an adult.

This is why Guinness used to be prescribed to pregnant women and patients recovering from surgery. Due to the beer’s iron content, free cans of Guinness are also given to Irish blood donors right after they donate blood. As if that’s not enough, Guinness also contains phytoestrogen, which improves mental abilities, prevents obesity, and makes bones denser.