Why do we Yawn and Why is it Contagious? 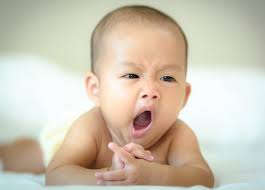 Yawning is something we all do both old and young but most of us have not actually understood the cause of it and it significant to the human health. We generally understands that it could be a sign of tiredness, sleep or hunger. But are these actually the reason why we yawn? Here are some facts about yawning.

Helps us wake up

Yawning is known to increase with drowsiness. This has led to the arousal hypothesis of yawning. Associated with the yawning are increased movement and stretching behaviour. The increased fidgeting behavior may help maintain vigilance as sleep pressure builds.

Also, specific muscles in the ear (the tensor tympani muscles) are activated during yawning. This leads to a resetting of the range of movement and sensitivity of the eardrum and hearing, which increases our ability to monitor the world around us after we may have tuned out before the yawn.  Additionally, the opening and flushing of the eyes will probably lead to an increase in visual alertness.

Another theory for why we yawn is the thermo-regulatory hypothesis. This suggests that yawning cools the brain. Yawning causes a deep inhalation that draws cool air into the mouth, which then cools the blood going to the brain.

Proponents of this theory claim a rise in brain temperature is observed prior to yawning, with a decrease in temperature seen after the yawn.

But the research report that gave rise to this theory only shows excessive yawning may occur during an increase in brain and body temperature. It doesn’t suggest this has a cooling purpose.

Increased yawning rates are seen when fevers have been experimentally induced, which does suggest a correlation between body warming and yawning. But there is no clear evidence it leads to body cooling – just that body warming seems to be a trigger for yawning.

Yawning-like behaviour has been observed in almost all vertebrates, suggesting that the reflex is ancient. The evolutionary based behavioral hypothesis draws on humans being social animals. When we are vulnerable to an attack from another species, a function of the group is to protect each other.

Part of our group contract has included sharing sentry duties, and there is evidence from other social animals of yawning or stretching signals when individuals are becoming lower in arousal or vigilance. This is important for changing activities to prevent the watch from slipping, or to indicate the need for another sentry.

The yawning reflex involves many structures in the brain.

One study that scanned the brains of those who were prone to contagious yawning found activation in the ventromedial prefrontal cortex of the brain. This brain region is associated with decision-making. Damage to this region is also associated with loss of empathy.

Stimulation of a particular region of the hypothalamus, which contains neurons with oxytocin, causes yawning behaviour in rodents. Oxytocin is a hormone associated with social bonding and mental health.

Injecting oxytocin into various regions of the brain stem causes yawning, too. These include the hippocampus (associated with learning and memory), ventral tegmental area (associated with the release of dopamine, the happy hormone) and the amygdala (associated with stress and emotions). Blocking the oxytocin receptors here prevents that effect.

Patients with Parkinson’s disease don’t yawn as frequently as others, which may be related to low dopamine levels. Dopamine replacement has been documented to increase yawning.
Similarly, cortisol, the hormone that increases with stress, is known to trigger yawning, while removal of the adrenal gland (which releases cortisol) prevents yawing behaviour. This suggests that stress might play a role in triggering yawning, which could be why your dog may yawn so much on long car trips.

So, it seems yawning is somehow related to empathy, stress and dopamine release.

Why is it contagious?

Chances are you’ve yawned at least once while reading this article. Yawning is a contagious behaviour and seeing someone yawn often causes us to yawn as well. But the only theory that’s been suggested here is that susceptibility to contagious yawning is correlated with someone’s level of empathy.

It is interesting to note, then, that there is decreased contagious yawning among people on the autism spectrum, and people who have high psychopathic tendency. And dogs, considered to be highly empathetic animals, can catch human yawns too.

Overall, neuroscientists have developed a clear idea of a wide range of triggers for yawning, and we have a very detailed picture of the mechanism underlying yawning behaviour. But the functional purpose of yawning remains elusive.

Back to our road trip, the yawning may be a physiological cue as the competition between vigilance and sleep pressure begins to favour drowsiness. But the overwhelming message is that sleep is winning and encouraging the driver to pull over for a break, and it shouldn’t be ignored.