A Church Looking so Scary 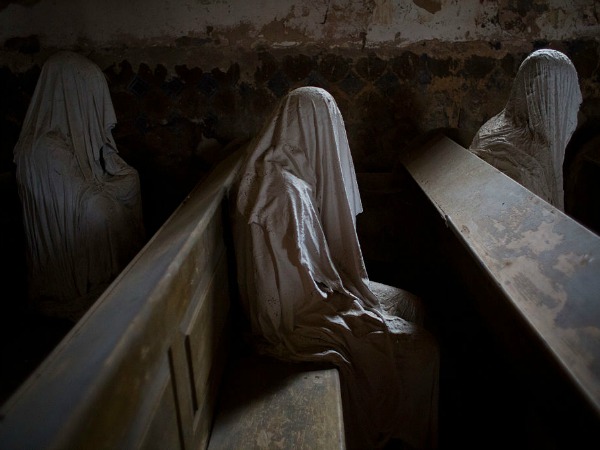 A church in the Czech Republic, which locals believe to be haunted, was saved from demolition by a local art student.

St. George’s in the Czech village of Lukova was left to rot after its roof collapsed during a funeral ceremony back in 1968. Believing it to be a curse, locals left the medieval church in a state of deterioration for over 30 years. That is, until art student Jakub Hadrava set up this ghostly art installation.

White ghostly figures dressed in long robes now fill the pews and isles of the church, which was built in 1352. The otherworldly figures are created using plaster and clever lighting, which gives them that eery appearance.

Hadrava states that the figures represent the ghosts of Sudeten Germans who lived in Lukova before World War Two and who came to pray at this church every Sunday. The church is now receiving substantial donations from locals, tourists and art enthusiasts to keep its doors open for the foreseeable future.