Facts About Notre Dame You May Not Have Known 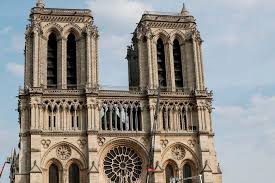 In the evening of April 15, around 500 firefighters battled the blaze that engulfed Notre Dame. Before it was contained the next morning, the catastrophic fire destroyed the 856-year-old cathedral’s iconic spire and two-thirds of the roof, known as “the forest.”

The cause of the fire remains unclear, but officials do not suspect that it was arson or terrorism. Thankfully, the rest of the structure has been salvaged and about a billion dollars have been pledged to assist with its restoration.

Situated in the heart of Paris, France, Notre Dame is a national treasure. It has served as a beacon for centuries—not just as a geographical beacon but also one of hope.

Here are fascinating facts about Notre Dame that will make you appreciate its history and grandeur.

Notre Dame Is the Most Visited Monument in Paris

Each year, around 13 million people visit this iconic structure. It is the most visited attraction in the city, followed by the Sacré-Coeur basilica in Montmartre.

The Cathedral Is Point Zéro

There’s a small slab of concrete inlaid in the parvis of Notre Dame called “Point Zéro des routes de France.” It’s the central point from which all distances in France are measured.

The Ceiling Was Constructed from an Entire Forest

The vaults of the ceiling were constructed by architects during the Middle Ages. It is nicknamed “the forest” as it took nearly 5,000 oak trees to build.

Its Bells Have Had a Life of Their Own

The Cathedral’s largest bell dates to 1681. It managed to survive the French Revolution and has been rung at some of the most historical moments in history, including at the end of both World Wars.

An Ancient City Is Hidden Below

The ancient Gallo-Roman city known as Lutetia (52 BC) lies directly below Notre Dame. It was discovered during an excavation beneath the choirs and includes a shrine dedicated to Zeus, the Greek god of sky and thunder.

While the Cathedral is home to many priceless treasures, one of its most precious is undoubtedly the “Holy Crown of Thorns,” which some historians believe is the authentic relic Jesus wore when he was crucified.

This Is Where Napoleon Was Crowned Emperor

In 1804, Napoleon Bonaparte was crowned Napoleon I at Notre Dame. He became the first Frenchman to hold the title of emperor in 1000 years.