How Much Salt You Can Eat Every Day, According to a Nutritionist 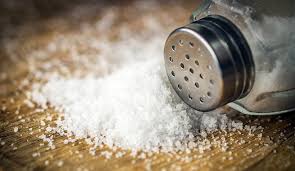 Eating too much sodium is the number one dietary risk linked to death, according to a research. The research used 27 years worth of data from 195 countries and revealed some not-too-surprising stats about how food impacts our health: Diets high in sodium (plus saturated fat and added sugar) increase our risk for chronic disease across the board.

How much sodium is too much?

Over 90% of the world population over-consume salt, according to an American research. But what may surprise you is that more than 70% of the sodium we eat is from processed, packaged foods and prepared restaurant dishes — not the salt shaker. The Centers for Disease Control estimates the average American eats more than 3400mg per day, but the official federal Dietary Guidelines recommend eating no more than 2300mg, or the equivalent of one teaspoon of table salt.

Because eating too much sodium can raise your blood pressure, the AHA advises ideally staying under 1500mg per day. High blood pressure is sometimes called the "silent killer" because it often presents with no obvious symptoms. It's also a major risk factor for heart disease, which is why it's important to stay informed and make healthier food choices as much as possible.

Is there a difference between sodium and salt?

While we often use the words "salt" and "sodium" interchangeably, they are different by definition. Table salt is a chemical compound made up of two minerals: sodium and chloride. Together, they can make food taste "salty" when you sprinkle it on. But sodium is also found by itself in many processed foods like bread, crackers, or cereal. It doesn't necessarily taste salty, but it can negatively affect your health when you consume too much.

By contrast, salty-tasting foods aren’t universally high in sodium. Salted nuts, for example, often fall within the AHA guidelines for "low-sodium" (140mg or less per serving).

What does sodium do to your body?

Sodium is an electrolyte that has the effect of drawing water into your blood. This helps balance fluid levels and acidity when it works in harmony with another electrolyte, potassium. Fun fact: We need about 500mg of sodium per day for our bodies to function, or about ¼ teaspoon.

But when we have too much salt, we start retaining more fluid and our blood vessels constrict — almost like a balloon that’s ready to pop. Overdo it consistently on sodium, and the result is high blood pressure, which can do serious damage to your kidneys, heart, and circulatory system over time.
Which foods have a lot of sodium?

These are the top sources of sodium in most commercial diet:

Along with monitoring and cutting back your daily intake, to counterbalance the effects of sodium, you can eat more foods high in potassium, magnesium, and calcium. They're linked to decreased risk of high blood pressure and heart disease. You can typically find them in more fresh, whole foods that aren’t as heavily processed, like leafy greens, potatoes, beans, squash, and salmon.

You can also look for lower-sodium dairy products. Choose part-skim, unsweetened options and get 2-3 servings per day. Stay conscious of added sugar, which is often used to add flavor to low or nonfat dairy products (e.g., flavored milk, sweetened yogurt, and lower-sodium cheese).

When you’re checking for sodium on specific packaged foods, here’s how to decode all of those "low sodium" claims: