Stop Being a Manchild. It Time To Man Up & Grow Up 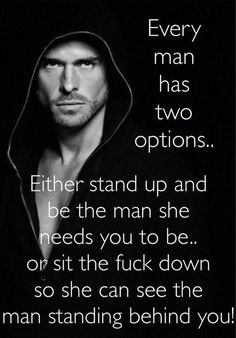 Growing up is one of the most difficult things to do for most men. Growth is a natural process that should occur spontaneously unless you are not allowing it. There are several reasons why our growth and maturity tends to be affected.

How to stop being a manchild

Some people just like being babied, that is quite understood. It’s nice and convenient to have someone taking care of your every need, but the truth of the matter is that it’s not helping you. If anything, your skills are diminishing by the second and soon you’ll be left completely helpless. You really don’t want to become that person. Do you?

So, if you landed on this feature, you know you need to change your ways. Which is a great idea! It’s the first step in dropping the ‘child’ from your title and become the man you are meant to be.
If you’re over 18 and called a manchild, this is for you. It’s time to be a man.

Accept what you are. This doesn’t mean you don’t have to change, you still do. But accepting your behavior and actions is the first step in overcoming your manchild ways. If you’re in denial, then you shouldn’t even be reading this, you’re not ready. When you can openly call yourself a manchild, then it’s time for you to take action.

Let go of the nipple. You’ve been sucking on the tit for far too long. It’s time for you to let that shit  go. If you want to know how to stop being a manchild, gain some independence. Yes, I know relying on your mom or partner is comfortable, but it’s not helping anyone. Take responsibility, pay a phone bill, and start doing things on your own.

Understand your coping mechanisms. Everyone uses coping mechanisms to deal with their personal issues. If you’re a manchild, you may depend on TV and video games to help cope with your issues. Listen, gluing yourself to the TV or playing an entire weekend of Fornite isn’t going to take you away from the reality of your life.

Take responsibility. I know you don’t want to hear this, but you’ve been playing the victim for far too long. It’s time for you to take ownership of your actions and show some courage in taking that responsibility instead of blaming everyone else for your problems

You have bills to pay, and you need to earn the things you want to have. Fix your own problems, work towards your own success, have your own personal goal and stay glue to achieving them.

Enough with the lying. Aren’t you getting tired of lying? Because we’re sure tired of hearing the excuses. You need to lie in order to cope with your problems but it’s not working to your advantage. In the short term, sure, it may ease things, but in reality, all it’s doing is holding you back. Plus, you don’t need to be known as a liar.

Cut dependent relationships. This does not mean that you need to stop talking to your mom, but you need to create boundaries. If you have a partner that is babying you, change the behavior. Some people crave babying another adult, but if you want to get out of this phase, then you need someone who values independence.

Learn simple skills. I am not saying you’re useless, but you probably never did the dishes or cleaned the toilet bowl. Now, no one likes doing this but these are things you need to do when you grow up. If you want to know how to stop being a manchild, learn how to do things around the house and actually do them. Clean the bathroom, learn how to do the laundry, start to take pride in taking care of yourself.

Focus on being empathetic. If you’re a manchild, you’re mostly concerned about your own wellbeing. You may have a partner, but you rarely ask them how their day was or how they’re feeling. Instead, everything is about you and what’s going on in your life. But if you want to be a man, start giving a shit about people other than yourself.

Get real. Time to wake up from that killing slumber. You may have wanted to be a race car driver when you were a kid but now you’re twenty-five, and that’s not going to happen. I know you don’t want to get a “real job,” but sitting on your couch isn’t being productive. It’s time to get real with reality.

Give more in bed. A manchild will always like receiving and not giving most especially when it comes to bedding duties with his partner. When having a fun bedding time with your partner, a real man focuses more on his Partners satisfaction rather than his own. You need to understand this if you really want to man up.

You’re not going to change overnight. Everyone would like to change overnight. Though you can change your behavior overnight, committing to the change is an entirely different story. You’re going to make mistakes, feel vulnerable, and sometimes, you’ll want to quit and go back to being a manchild. It takes time.

Talk to a therapist. This isn’t something that you’re going to overcome with ease. You’re going to go through many struggles and obstacles when it comes to this. But you don’t need to do this alone. Talking to a therapist can help give you the tools and a safe space to talk and work on your manchild issues. Because honestly, these issues aren’t shallow, they go way back.
You now know how to stop being a manchild, so there’s really no excuse anymore. It’s time to get off the couch and grow up!