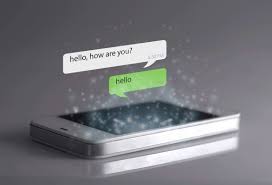 It not that you’re a boring or annoying person, but clearly, something is happening for her not to respond to your texts. In reality, there could be a couple of reasons why she stopped texting you back. Another guy could be the reason the conversation became stale or may be not. However do not be too judgmental because you have no idea of exactly what’s happening that is why you have to figure out the reason for the irresponsive act.

Figuring, out the reason will helps you decide whether or not you want to text her again. But let’s say you’re not sure what’s going on. Okay, well, then it’s time you learned how to text a girl who stopped responding to you.

You want your text to start a conversation again and eventually land you a date. Let’s get back on track.

Check in with yourself. That’s right. Before you even think of texting her again, do a quick self-check. Did you say something previously that may have offended her? Were you too pushy? These things will drive any woman far away from you.
So, before you start pointing the finger at her, it’s time to look at yourself. If you’re noticing girls stop responding to you after a couple of days, then clearly, your approach isn’t working.

Don’t rush to text her. I know you want to send her a text right now, but let the girl breathe. Don’t jump to conclusions and assume she’s not interested. She could have been busy with work or school, was hanging out with friends at the time, or had other obligations.
It’s easy to forget a text message when you have things going on in your life. So, give her a full day to reply before you send her another text message.

Don’t mention her not replying to your texts. She’s not obligated to reply to any of your texts messages, and hounding her for an answer will push her further away from you. She didn’t reply to you. If she brings it up and apologizes, great. If not, let it go.

Don’t automatically ask her out again. Listen, if she didn’t respond to your texts, it’s clear she’s not head over heels for you. So, asking her out when she does not text you isn’t a good idea. You have to work now on getting an engaging conversation happening between you. Once you are comfortable with each other, then ask her out. Right now is a bad time.

No passive-aggressive messages. If you’ve been texting her over and over again and haven’t received much of a response, then stop. Take some time to let things cool down.
But, the moment you text her again, do not be passive aggressive. If you’re tired of the small talk, then just ask her if she’s interested in you or not. Trust me, you’ll get an answer.

Switch up the way you text. If you text her “hey, what’s up?” time and time again, well, it’s time to change your way of communication. This isn’t an engaging way to start a conversation, you know that. But I also know you probably aren’t sure how to start a conversation with her.
Send her a meme or a funny gift. Mention that you saw someone that looked like her at the mall. Literally say anything else other than “hey, what’s up?

Put something valuable in your text. Let’s be honest with ourselves, people are selfish. We date people who make us feel good, we eat foods that make us happy. Catch my drift?
So, when you text her, offer her something of value. For example, if she’s a musician, ask her if she wants to go to a show. She’ll probably want to go because it’s something that interests her.

Call her. Okay, maybe not right now. But once you get a conversation going, why not call her. It’s always easier to have a conversation over the phone or in person. With texting, you can’t hear the color of the voice, the small things that make you funny or quirky. Plus, it shows a mature side of you because let’s face it, not many men call ladies on the phone.

Is this a girl you really like? Listen, you need to ask yourself if you actually like this girl or just like the fact you aren’t getting what you want. Because all this sounds like is chasing a girl who isn’t interested in you.

I know playing games is fun, but it doesn’t sound like you’re winning. So, if I were you, I would really think about your self-worth and decide if this is a girl you want to waste your time on.
When you want her attention, it’s not easy. But by knowing how to text a girl who stopped responding, you’ll be able to get her eyes back on you.