The story of Lamborghini 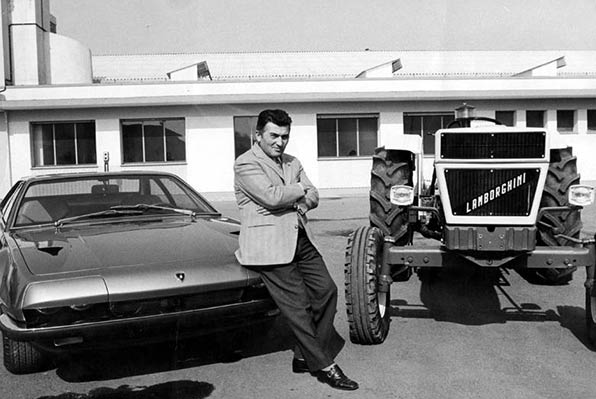 Ferruccio Lamborghini was born into a family of grape farmer. As a young man he was more interested in farming machinery rather than farming lifestyle. He served as a mechanic during world war II and was taken as a prisoner for a year. After the world ended, he started building tractors.
Soon, his tractor company became a super hit. His increasing wealth helped him to purchase faster and more expensive cars that he dreamed of driving in his youth. At one point, he had enough cars to use a different one every day of the week.
In the early 1960's, Ferrari turned into the reigning superpower of luxury sports cars.
However, Ferruccio Lamborghini thought that the Ferrari was too noisy and rough to use on the road. He visited Nezo Ferrari to give him some suggestions that could help improve his luxurious Ferraris.Not taking his suggestions seriously, Enzo Ferrari insulted him. Enzo told Feruccio that the problem was not with the car but with the driver. He also advised Ferrucio to go look after his tractors as he knew nothing about luxury cars.
A rivalry was born. Ferruccio designed his own car in 4 months and unveiled it in 1963.The first version of Lamborghini 350 GT was way better than Ferrari.By the end of 1964, he had sold his first 13 cars.
The rest is history.
What does the birth of the worlds favorite car teach us? Never let someone put you down, You are capable of achieving everything you desire.Work hard and archive the impossible