Most Shocking Facts about Hollywood 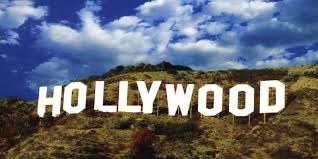 Hollywood Accounting
Harry porter and the Order of Phoenix grossed to $1 billion dollars but account showed it lost $167 million. Similarly, Return of the Jedi hadn't made a profit, but made $500 million on a budget of $40 million. This is Hollywood accounting and it sees studios invent companies that are paid bogus fees to reduce a movies profit so they don't have to pay out a share of profit to talents. David Prowse who played the role of Darth  Vader and Stan Lee has to sue to get his share of spider man Profit.

The Cancer Film.
The Conqueror, a movie staring John Wayne as Genghis Khan was filmed in Utah's valley. The shooting location was 240km downwind from US nuclear facility  and a year before shooting, 11 nukes has been tested in the area. After 3 month filming on locations in contaminated air and water, The producers has 60 tons radioactive soil shipped back to the studio to produce authenticity. Within 25 years, almost half the cast and crew has been diagnosed with cancer. Although not conclusively proven one doctor commented that so many cancer cases could be classed as an epidemic.

Fake movie Critics
Sony invented a fake film reviewer called David Manning to give good reviews and trick people into going to see their films. The movies include the Animal and a Knight Tale which hadn't been reviewed by actual critics. When the deception was uncovered, Sony was sued by a couple who claimed that they had been misled by the fake reviews.They won the case and Sony had to pay out $1.5 million in damages to those who have been duped.This worked out at $5 for each person tricked.

Animals were harmed
The disclaimer no animal were harmed during production doesn't mean much and has been used in movies where animals has been injured or actually killed. Over 25 animals including sheep and goats died of dehydration and exhaustion on the Hobbit.But the film received a disclaimer because the animal had died during a production hiatus. The Tiger from Life of Pi almost drowned and a chipmunk was squashed during the production  of Failure to Launch and dozens of fish were killed on pirates of the Caribbean. I injuries weren't intentional or serious, then the movie could still recieve the disclaimer

The blacklist
In the 1950 hundreds of actors, directors and crews were barred  from working in Hollywood because of suspected communist sympathies - even though there was often no evidence. Orsen Welles and Chalie Chaplin were among those blacklisted by studios. Chaplin was even banned from the USA and had his permit canceled in 1952. He only made two films after. The blacklist wasn't just to suspected communist though. When actor Cliff Roberston reveled an embezzlement scandal by the head of Columbia pictures he was blacklisted for whistle blowing.

Criminal Actors
Some of Hollywood's biggest actors have committed awful crimes.
At age 16 Mark Wahlberg once beat a middle aged Vietnamese man unconscious while calling him "Vietnamese F*king Shit". He served his 45 days for attempted murder. Sean Penn hit wife Madonna in the head with a baseball bat and allegedly broke into her house and tied her to a chair for 9 hours so he can assault her. Even Will Smith was once connect with an assault that left one man blind in one eye. Although the charges were latter dropped.

The Coogan Bill
1920s child star Jackie Coogan had his $60 million dollars fortune stollen by his parents. His mother and father spent Coohans earning on fur coats, diamonds and luxury cars. His step father said" every dollar a kid earns before he is 21 belongs to his parents, Jackie will not get a cent of his earning". Although he sued for the money, he only got $2.1 million. The Coogan Bill was passed in 1939 to prevent this from happening but even today only 15% of child s earning are protected

Sexism
In holly wood, the gender gap is huge with the world highest paid actor earning up to 2.5 times as much as the top actresses. To make matters worse, male leads nets twice as much screen time as their female counterparts and only 15% of movies star female characters.But the bias doesn't stop there. Based on film released in 2012 only 28.4% of onscreen speaking characters are female and of the top 100 grossing movies only 16.7$ had female directors, writers or producers

A deadly business
Since 1980 over 50 people have died making movies. Most of them are stuntmen. Death has occurred in films including Top Guns, XX and The Expendables II. Perhaps the most tragic occurred on the set of 1983 Twilight Zone. Apologetic explosion caused a helicopter to crash killing three actors. Two were decapitated including a child aged 7. The children had been hired illegally  but everyone involved were cleared of criminal charges.

Nazi Censorship
Historian Ben Urwand claims Hollywood collaborated with Nazis so their films wouldn't be banned in German cinemas. Studios are thought to have censored films that might have damaged German prestige and cancelled movies that are pro democracy or highlighted the plight of German Jews. The biggest studio at the time MGM is even reported to have in German rearmament. On advise from the German propaganda Ministry one of its executive even divorced his Jewish wife to help maintain good relations. She later died in a concentration cam