One gram of this material is worth $6.25 billion dollars 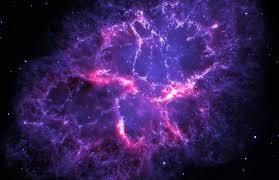 What material is it? Its something known as antimatter.

Antimatter is the opposite of regular matter because although it is made up of particles and atoms just like regular matter, it has opposite electrical charge and has negative protons called anti protons.

Whenever antimatter touches regular matter, the two instantly annihilate each other.The pure energy released is why antimatter is so useful and expensive.

To put it into perspective, if you dropped a raisin-sized amount of antimatter on the ground, it will create an explosion bigger than the Hiroshima and Nagasaki combined.Also if you made an antimatter bullet, when fired, the bullet would be able to destroy an entire house.

Antimatter can also be used as fuel source for interstellar travel, and has the potential to allow us to reach the nearest star to earth on around two years. But why haven't we done any of these things? That's because antimatter is incredibly rare, difficult to produce and expensive.

The CERN research facility in Switzerland is one facility that produces anti protons.It can produce 10 million anti protons a minute, which is actually close to nothing. At its current rate of production, it would take 100 billion years to create just 1 gram of antimatter.