Things You Totally Shouldn't Do When You're Broke 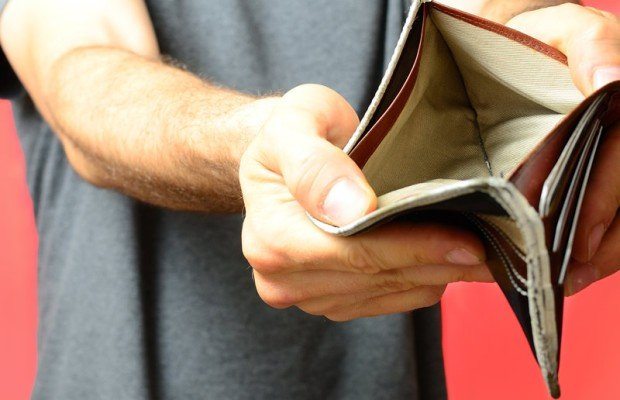 Being broke sucks, however being broke is not something magical that can hardly be explained - one financial irresponsibility or surprise leads to another and another, and before you know it you get to that point. You might not always be able to avoid being broke but there are things you can do when broke to avoid aggravating the situation.

Look Down on Jobs
As long as the job is legal and ethical, you really should consider it. If you're broke, chances are you do not have the luxury to be selective. However, this does not mean you should let desperation take the forefront and dabble into things that are just plain silly, but it does mean that you should be more open than rigid to opportunities, even if it is just till you're able to get back on your feet.

Make Excuses
Chances are that if you're broke, it is because you were financially irresponsible and if you don't own up to this and take responsibility, you are going to end up continuing the vicious cycle of financial irresponsibility that led to your being broke. Therefore, when you find yourself broke, figure out what led to it and learn from your financial mistakes to avoid repeating them or to avoid them getting worse (that is, going from being broke to borrowing and getting yourself indebted).

Ignoring Bills
The thing about ignoring bills is that such an act is many times useless and just ends up making things worse. Except there is a way you can stop the bills from coming in by either unsubscribing or terminating the service, you should avoiding just piling up the bills by being proactive and calling the companies or organizations involved, to explain your current financial situation and set up a payment plan. This has a better chance of helping to ease the burden than just ignoring the bills and letting them pile up. The interesting thing is that many of these companies or organizations actually have provisions to help you out when you're low on cash, but most times a pessimistic mindset makes us miss out on these provisions.

Going for a 'Night Out' With Friends
Everyone knows what a 'night out' or even 'day out' with friend means. Aside the fun and beautiful memories you will garner from the experience, there is also the matter of you having to spend and spend and spend. If you're broke, this obviously isn't a good idea and can just end up making your financial situation worse. Except your friends are willing to sponsor you till you get back on your feet financially, you should avoid such outings because they only bore a deeper hole in your pocket that might be difficult to mend after the fact. Sometimes, friends might even invite you on a night out with the offer of sponsoring you for you to pay back when you're back on your feet, but please try to avoid this invitation to indebtedness. Don't make matters worse for your financial condition by incurring debt, simply take a rain check till you're able to avoid such an outing.