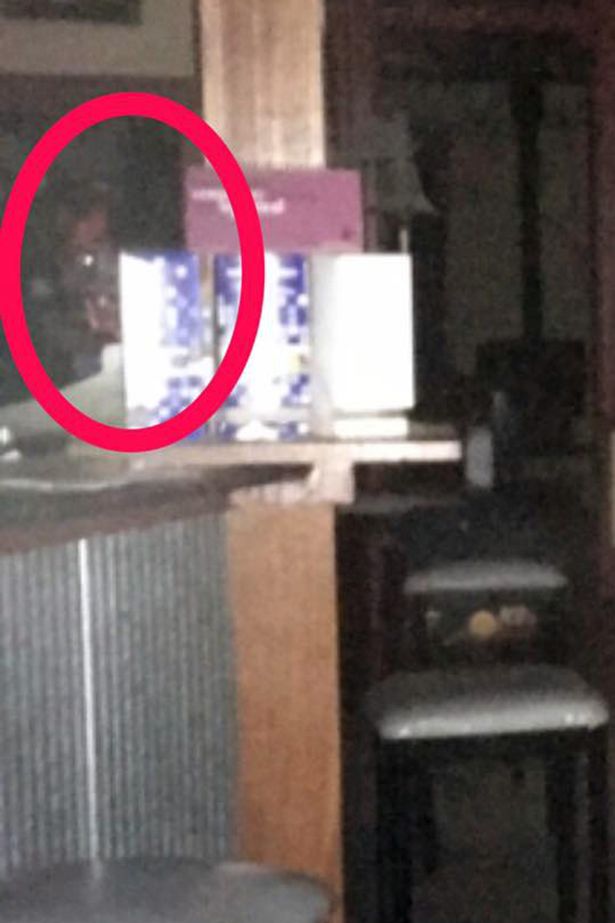 A landlady filmed the spooky moment she believes the ghost of a girl killed by a car outside her 'haunted' pub spoke to her.
In her spine-tingling footage inside the dark tavern, footsteps can be heard before a young girl's voice appears to call out 'are you waiting for me?' and a door creaks.
Bodalla Arms Hotel owner Michelle Coric thinks the ghoulish voice is the spirit of a young girl struck over 15 years ago as she chased her pet turtle into the road.
The 49-year-old is determined to uncover the truth amid a wave of paranormal activity surrounding the historic pub in New South Wales, Australia.
"We were waiting around when we felt this sudden drop in temperature.
"I could feel someone there. We had been waiting here at the bar every night, so we felt shocked and excited when all those long nights paid off.
"I couldn't help but wonder what she meant; 'are you waiting for me?'. Maybe it's because I wait in the bar for her every night?"
Since she shared the footage on social media on Friday it has racked up more than 4,500 views and even saw her contacted by a family member of the girl she believes is now haunting the venue.
Michelle was told the tragic five-year-old died 15 years ago after she was hit by a car outside the establishment when she chased her pet turtle into the road.
Michelle's son in the pub at night (Image: Caters News Agency)
She said: "The girl's voice is gentle and high pitched. I don't know how to alter footage, so it is what it is.
"I've also heard a man laughing and it did scare me because it was echoing and deep, but I never felt threatened. I fear the living more than the dead."
Michelle believes the venue could be haunted by numerous ghosts after also snapping photos of otherworldly 'orbs' - which appear as glowing balls of light in her photographs - and strange grey shapes she believes could be spirits.
The intrigued mum sought the services of a clairvoyant, who she says supported her research into the history of the hotel - even though she kept him in the dark on her findings.
But despite her eerie discoveries, Michelle says she doesn't fear the spirits - even allowing her children, twins Jasmine and Jaxson, two, and Baileigh 12, to play games with them.
She now plans to make it her mission to shed light on the dark history behind the spooky goings-on - by continuing to stake out the bar for more paranormal activity each night.
Michelle said: "We get plenty of ghosts here, I've never felt threatened.
"I got a clairvoyant to come through, but I didn't tell him anything about the pub, I wanted him to tell me. What he told me supported the research I had done.
"We will keep doing nights and keep asking until she tells us. I have faith she will communicate again."
Leave a comment...