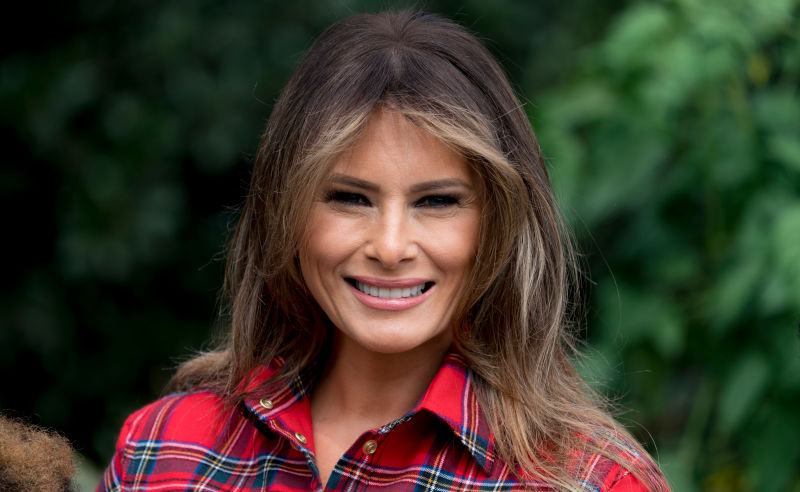 A 42-year-old woman from Houston, Texas named Claudia Sierra elected to undergo eight plastic surgeries in order to look more like Melania Trump. In a teaser for her upcoming Inside Edition appearance, Sierra referred to Melania as “the perfect woman,” which sounds eerily like something the First Lady's husband might say.

Speaking of which, of all the dazzling and wacky plastic surgery transformation options out there (Britney Spears! a cat!), why pick a woman who has definitely had sex with Donald Trump? I ask that already sort of being able to intuit the answer—after all, plenty of women, especially especially white women—voted for him, and some have speculated that Melania and Ivanka's “plastic” feminism was a contributing factor in allowing those women to feel comfortable voting for a raging misogynist. Melania and Ivanka were objectified, idealized, to help clear a path for Donald Trump to the White House; it's not surprising some people would internalize that message.

But obviously changing your entire face to resemble the pristine, mask-like face of our First Lady is kind of its own phenomenon, too. The procedures reportedly cost upwards of $50,000, a figure Sierra quibbled with in a recent Facebook post.

Another reason Sierra gives for all the procedures—though it doesn't account for the Melania-specific obsession—is the desire to feel good about herself again after recently being treated for breast cancer, including receiving a partial mastectomy (her plastic surgery work includes a breast implant reconstruction, according to the Star-Telegram).

Sierra also told the New York Daily News on Wednesday that after her breast cancer treatment, “I was getting rejected by men and it was killing my soul. Nobody was picking me. So I said, ‘let me change everything because I don't want any part that's been touched by anyone.'”

Sierra mentions elsewhere in that interview that she had the procedures done for herself and no other, something that people who get cosmetic plastic surgery often say, but it never sounded so downright American as now. By which I mean asserting the rights and the value of the individual, while assuming the visage of the state.
Leave a comment...