Best Foods To Eat When in Africa 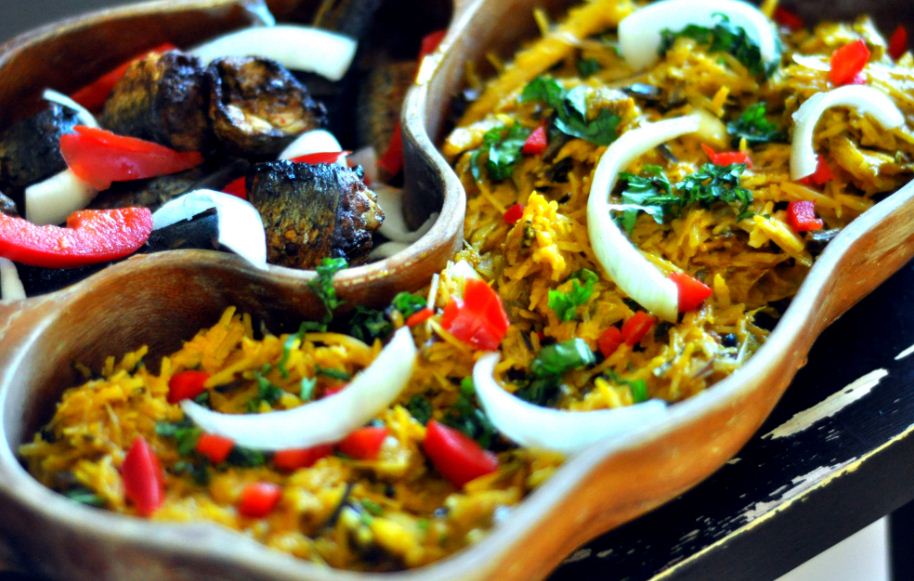 Africa is resplendent with varieties of delicious, mouth-watering cuisines to enjoy.

Pounded Yam and Egusi
This is a Nigerian delicacy that mainly comprises pounded yam (as the name already implies) and vegetable leaf soup thickened with ground melon seeds, seasoned and garnished with assorted meat, fish or chicken. Egusi soup can also be eaten with other dishes like amala and eba (dried grated cassava flour mixed with hot water and stirred into a firm dough).

Braai/Shisa Nyama
This is a very popular meal in South Africa and is largely considered a part of the South African eating experience. This meal largely consists of barbecued meat and is usually accompanied with maize porridge (Pap en Vleis) and a cold glass of beer. The barbecued meat usually comprises of beef, chicken, pork, lamb or sausages.

Alloco
This meal is largely associated with the Ivorians. It's a fried plantain snack that's often served with chilli pepper and onions, or egg and tomato sauce. It's quite easy to prepare and is popular for its unique taste. The meal is widely served as a fast-food that's readily available on the streets of Cote d'Ivoire, and food vendors that are known for 'alloco' commonly go by the name, 'allocodromo'.

Piri Piri Chicken
This is a spicy Mozambique dish with a rich blend of African, Portuguese, Oriental and Arab flavours. It's believed to have been created in Angola and Mozambique when Portuguese settlers arrived with 'chile' pepper. It is generally known as 'grilled chicken piri piri' by tourists, and is commonly served with 'matapa', a dish of cassava leaves cooked in peanut sauce.
Leave a comment...