Ways to help someone stop thinking of suicide 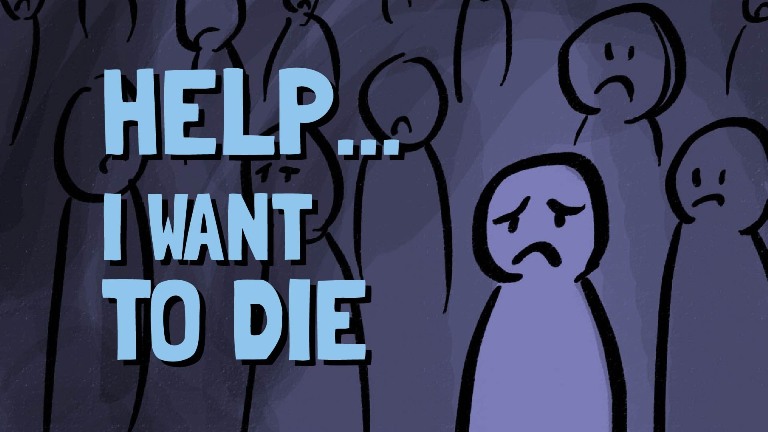 Suicide is the culminating act in the process of overcoming the human instinct towards self-preservation.. Suicide is a worldwide problem; in the year 2012 alone, around 804,000 people ended their own lives. Here are tips/ways to help a suicidal person.

1. Stay calm
"Suicide"Ø has a way of scaring people out. But when we kinda scared out, it becomes about us and not the person who is suffering. They feel deserted, invisible, and shamed when we're scared, unlucky enough some advance questioning sounds more like concern for liability or uselessness than compassion for the person, so pls keep them talking, therefore if you are a teenager and your friend tells you that she is suicidal or thinking about suicide, see number three on this list.

2. Understand
A lot of people think about suicide, first and foremost it is an expression that you don't want to feel this pain anymore. That is a normal response to pain. It would be weirder if someone wants to feel this bad. People who think of suicide are usually scared by their thoughts, memory and reasoning, because they think it is "f**ked up."Ø This brings fear, and shame on top of what they were already feeling, thinking, making them more depressed and intensifies everything, so ease these fears tell them there is nothing to be ashamed of. You understanding and staying calm will go very far in helping them begin to feel better, fast, so that you can get to the reason they were upset in the first place.

3. Tell someone.
This is too weighty and mighty to deal with alone, therefore NEVER promise your friend that you will not tell anyone. If they tell you to make a promise before he/she tells you his/her request, then make it known that if its something that will put him/her danger you won't in anyway keepsucha a secret.
Note: Keeping such a secret might implicate you when somethings goes bad and is investigation carried out which later implicate you knowing such an act and you kept it a secret.

4. Touch them.
Sometimes kind and sweet words and a hug can do wonders. Being close to another person can feel so good, Many people who are overwhelmed by their emotions can use a good cry in caring arms. They desire this, but they might not ask. As being overwhelmed by depression can make you feel so alone and disconnected. Touch grounds us and makes us feel connected, don't hesitate.

5. Stay with them.
Staying with a suicidal person helps a lot as it makes them not o feel lonely and asuch the person tendsto tell you his/her intentions
Listen to them and also distract them, so as not allow them think of anything as commiting suicide. Try to get them to laugh because, laughing with a friend is the most common way to pass out of thoughts of suicide. It may not make the problem go away, but it helps pass the time, until a mood can lift.
Let them know there is nothing more important than being with them in that moment. Let them know you love them and what you love about them. Make a list.

6. Ask why they haven't
Most people say, "I want to die, but I don't want to die."Ø This makes so much sense to me. They just want to feel better.
When someone talks about suicide, before I ask about a plan, or whatever, I ask why he hasn't so you can know the right way to help them as makes yout task easier.

7. Make a plan
Rather than a safety contract, make a plan of what to do. This plan includes
a) Distraction - have something enjoyable to do to pass time.
b) Company - tell someone immediately and spend time together until it passes
c) Call them - encourage yourself to call them when they feel like dying. Anytime of day or night.
Leave a comment...