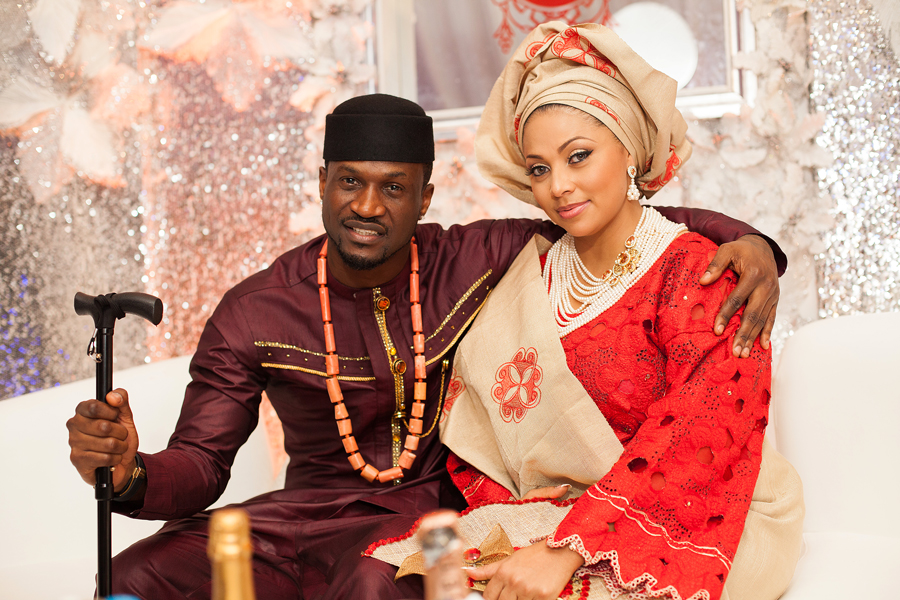 With 250 ethnic groups, Nigeria can be easily be referred to as a culturally rich country with different ethnic backgrounds and culturally resplendent practices to admire. Marriage traditions is one of such culturally resplendent practices and Jumia Travel, the leading online travel agency, shares 5 interesting Nigerian marriage traditions to know.
The Fulani Sharo Tradition
In what is referred to as an 'act of bravery' by the groom before he marries his bride, the potential groom is flogged publicly just before the nuptial and is expected not to wince, cry or show he is in pain. It is believed that this process will help prove the worth of the potential groom in terms of strength, endurance and resilience because the nomadic Fulani are one group of people known for their hard work, courage and discipline. The tradition is more or less a test of the strength of the groom, and any groom who cannot endure the required number of strokes losses out of the marriage race.
The Virginity Test
This is an ancient marriage tradition that has over time become a controversial tradition hotly debated by two schools of thoughts. One school of thought supports it and believes that a female's pride is in having her hymen intact, and the other school of thought considers it a crude practice that is a relic of a lost age in these modern times. The practice is typically carried out after the wedding ceremony, when the groom is expected to consummate the marriage with his bride. The family of the groom waits outside, at the entrance of the room, for the groom to come out with a blood stained bed-sheet as a confirmation that he married a virgin. If the bride fails the test, a euphemistic message to that effect is sent to the bride's family, and this spells doom for the woman because she will have to live with the shame of defiling herself before marriage.
Igbo Marriage Tradition of Fund Solicitation
This is one interesting marriage tradition that has been hotly debated over time and has prevented a number of eligible suitors from marrying their love interests. The custom is a peculiar and largely expensive one that involves presenting a list of gift items, sometimes alongside cash, before marriage to the prospective bride can take place. The list gets more expensive if the prospective bride is a bachelor degree holder, and increases significantly if she has acquired a masters or doctorate degree. Many a times, this fund solicitation has led to the collapse of courtships after the man realizes he cannot meet up with the challenging requirements for marriage.
Custom of Not Marrying Until the Eldest is Married
This is mainly synonymous with the Igbo custom, although it is currently not as widely practiced as it was in the past. It is based on the belief that marriage should follow in order of seniority. This tended to cause a lot of fighting and controversy when the younger sibling will be ripe and ready for marriage with a prospective bride or potential suitor, but will have to wait for the older sibling to marry first. Many men and women who found themselves in such situations, decided to postpone the idea of marriage till their elders tied the knot or, if they couldn't wait, go ahead with the marriage without the blessings of their family. In the case where it was the lady that was affected, some men would prefer to leave the lady and marry outside such tribes if they couldn't wait for the lady's elder sister(s) to get married first.
The Traditional Wedding Act of Prostrating
This is a Yoruba traditional wedding act that is practiced even in modern times. Respect is highly regarded in the Yoruba kingdom and this goes out to every man intending to marry a Yoruba girl. The groom and his friends will have to prostrate to the bride's family, regardless of what they are wearing - be it imported lace or even gold; there is simply no escaping the tradition. Usually, after the prayers are said, the groom dances in with some of his friends and prostrates before the bride's family.
Leave a comment...