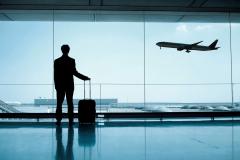 People tend to believe all sort of things concerning air travel, and this is largely because they have not taken out time to get the necessary information to help them better understand what it entails.

Planes Dump Waste While in Air
This just isn't true. It is physically impossible for a pilot to dump a tank of waste while in flight, so the idea of planes dumping waste while in air is not feasible. Planes have a vacuum toilet that sucks the waste down the plane's sewer line into a 200-gallon holding tank. The waste remains in the tank for the duration of the flight and is vacuumed out by the cleaning crew after landing.

Oxygen Masks are Useless and Just Decoys to Keep People Calm If Things Go Wrong
If the plane cabin ever loses pressure (which can easily happen without leading to a crash in anyway), oxygen masks are essential because without them everyone is left breathing in the air at 30,000 feet which is oxygen poor. The oxygen masks help to keep everyone breathing normally till the pilot is able to bring down the plane to about 10,000 feet.

Turbulence Can Bring Down a Plane
Turbulence is more unsettling than it is dangerous, and it is rare for turbulence to bring down a plane. There are strict regulations ensuring that modern planes are fire-resistant, easy to evacuate and capable of going through major trauma without falling apart, therefore turbulence is a phenomenon that rarely brings down a plane.

Flying is Less Safe Than Other Means of Travel
If you're afraid of flying, then you might as well be afraid of pillows or anything that could kill you but almost certainly will not. A lot of safety precautions are strictly adhered to in the design of a plane and modern planes are built in such a way that it's one of the safest (if not the safest) means of transportation known to man. It's okay to be concerned about certain aspects of your flight, but to be so afraid you decide to never board a plane or  your knees buckle violently when air travel is mentioned is unnecessary. One of the reasons why air travel seems dangerous is because every plane crash is reported and made general knowledge, much unlike other means of transportation. Imagine if every single car crash with its resulting casualties was reported and made general knowledge, you'll likely be more afraid of cars than planes.
Leave a comment...