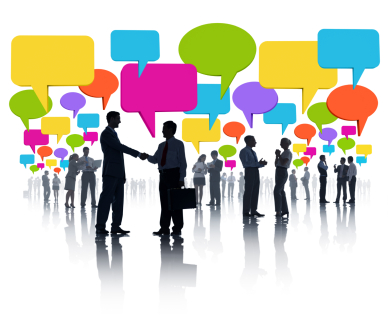 Networking becomes significantly easier when you understand what it entails and what it takes to succeed at it. Jumia Travel, the leading online travel agency, shares 6 valuable tips for networking.

Begin Networking Before You Need It
Desperation has an aura that can easily be discerned, as a result it might be counter-productive to begin zealous networking efforts at the hour of your greatest need. You can end up putting people off because people can sense when someone is only out to use them and help himself/herself. Networking when you aren't desperate and have no immediate ulterior motives, can help you build better relationships and a good reputation for being friendly and generous rather than desperate and self-serving.

Plan Before Hand
This is a very important tip, especially if networking isn't exactly your strong suite. Laying down clear details of the talents, strengths, skill sets and connections that you have and can take advantage of to enhance your networking efforts can make networking much easier for you. You should be sure of the things you can talk about with people at the event, and prepare for a case where you might be taken by surprise and have to comment on things you might not initially have prepared for. In addition, consider how you can also be of help to these people, don't only consider how you can get them to help you.

Avoid Arriving Late
When you arrive early to a networking event, it's calmer and quieter at the beginning. People have not yet settled into groups so it's easier to mingle with everyone and find conversation partners.

Follow Up
If you promise to do something for someone at a networking event, do it. Follow up and follow through with it. People will value you for this and you'll unknowingly begin to build a reputation for consistency and reliability. So, if you told someone you'll call, call the person. If you promised to introduce someone to the person, take the time to do it.

Understand the Value of Networking
The true value of networking comes in being able to help others as much as you want to be helped. If you understand this and practise it well, networking will become a more than valuable business tool for you. Keep this at the back of your mind every time you make a networking effort.
Leave a comment...