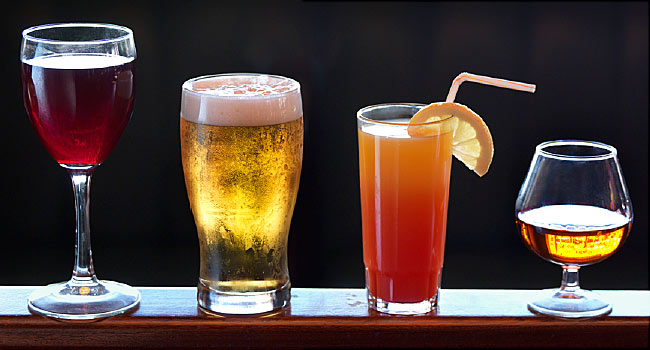 Hangovers Are No Big Deal
They are a big deal. Heavy drinking significantly affects the central nervous system, it 'tinkers' with the brain chemicals (hence the headaches, dizziness, and nausea) and sends you to the bathroom often, leaving you dehydrated. The morning-after price to pay is a pounding headache, fatigue, cotton mouth, a queasy stomach, and a weakened immune system.

Hangovers Affect Women and Men in the Same Way
Hangovers are not gender blind, they affect men and women differently, and unfortunately the more significant effect is on the women. If a man and woman drink the same amount of alcohol, the woman is more likely to feel the effects. This is because men have a higher percentage of water in their bodies that helps to dilute the alcohol they drink. With women, more alcohol just builds up in their bloodstream.

Only Binge Drinkers Get Hangovers
This isn't the case all the time. You don't have to 'get wasted' to get a hangover the next morning. Only a couple of drinks can trigger headaches and other hangover symptoms in some people. It is advisable to have water or a non-alcoholic drink between each beer or hard drink you take, to help you remain hydrated and cut down the overall amount of alcohol you drink.

Eat After Drinking
The fact is that eating after you're already drunk is useless. For it to matter or for it to be of any effect, food has to be eaten before you drink. This way the food can help to slow down how fast your body absorbs alcohol when alcohol is consumed. Probably the only thing that might work is drinking as much water as you can, after drinking or when drunk, this can help you stay hydrated.

Alcohol Helps You Sleep Well
It does the exact opposite. Alcohol might help you doze off more quickly but it eventually undermines the quality of your sleep. The alcohol consumed tends to mess with your REM (Rapid Eye Movement) cycles and you tend to wake up too soon. The hangover from heavy drinking can also strike in the last part of the night, leaving you too uncomfortable to go back to sleep.

Coffee is the Cure
The worst thing you can take to help cure a hangover is coffee. This is because too much coffee tends to lead to more dehydration because the caffeine in coffee is a diuretic that triggers the body to get rid of water, which can make the hangover much worse. Drinking more alcohol to cure a hangover is also another bad idea that only helps to postpone your hangover with possibly worse symptoms. After a night of drunkenness, the best thing you can drink is water to counter dehydration and replace lost electrolytes.