WAYS TO DEAL WITH INSECURITIES 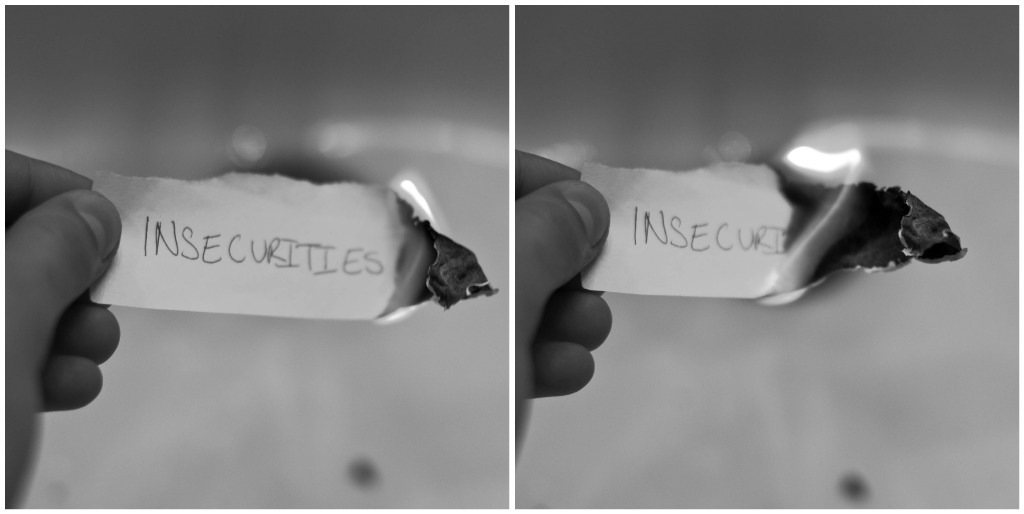 Insecurities have a way of interfering with our lives in very inconvenient and sometimes frustrating ways. This is why the need to deal with them can't be overemphasized.
Vocalize Your Self-Critical Thoughts
The primary fuel for insecurities is the critical inner voice people have formed concerning certain area(s) of their lives out of painful or difficult life experiences. You need to learn to vocalize these self-critical thoughts or write them down in the second person, so rather than saying "I'm fat. I'm ugly", you would instead say, "You're fat. You're ugly". This process will help you separate these vicious attacks by seeing them as an external enemy or force, rather than your real point of view.
Expose the Critical Self Thoughts
What insights and reactions do you have when you separate yourself from those critical self thoughts? Do they remind you of anyone or any specific thing from your past? Asking yourself these questions will eventually help you discover the relationship between these insecurities and early life experiences. After this, it will be easier to understand why they are there and will be much easier to address them, reject them and move on from them.
Make Connections
After exposing the critical self thoughts, you should settle down and make connections between the voice attacks and your present day behaviors. You need to ask yourself, "How are these voice attacks or critical thoughts influencing my behaviors?", "What are these attacks or insecurities making me do, or what are they holding me back from doing?", "What events trigger these voice attacks?", "In what areas are my insecurities most influential?".
Stand Up to Your Insecurities
People often struggle with this process, but it requires determination and a strong will to be free of these insecurities. You have to decide that enough is enough. Once you've exposed the critical self thoughts, it's time to confront them and respond to these critical voice attacks. You respond to these voice attacks strictly and confront them with statements about who you want to be, not what the voice says you are. You can also respond to the attacks the way you would a friend - with compassion and kindness.
Your Feelings Don't Dictate Your Reaction
Standing up to your insecurities means that you understand that the fact that you might still feel insecure doesn't matter. Insecurities aren't feelings; they are mindsets you have to deal with. Stop being emotional about it and concentrate on getting rid of that mindset. Keep saying 'no' to the mindset, keep rejecting the insecure mindset until it's gone.
Avoid Your Triggers or Learn to Live With Them
Once you've identified your triggers of insecurity, it will be easier to avoid them if you can. However, if you can't avoid them, the next thing is to learn to live with them. This is also easy but requires a bit more effort. We are not born with insecurities, insecurities are learned behaviors; it's only that they are learned unconsciously. Learning to live with your insecurities means taking active steps to learn new behaviors around your triggers to override the ones that fuel your insecurities. Over time (30 days according to scientific research), the triggers will lose their effect on you. But you have to be determined and not give up throughout the process.
Leave a comment...