Tourist Destinations Where You Have To Be Culturally Conscious 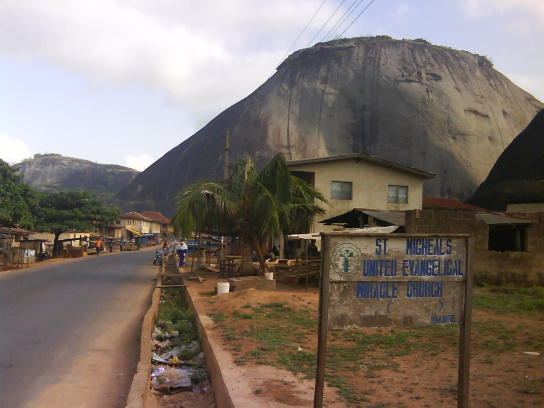 Nigeria is a country blessed with attractive, beautiful and amazing tourist destinations. While you are allowed to visit many of these destinations, there are some of them you have to be culturally conscious before you can visit. This means there are cultural rules on the ground you have to respect or follow. You won't like to know the consequences of disregarding these rules which have been existing for decades. Jumia Travel, the leading online travel agency identifies some of these tourist destinations.
Ogbunike Cave
The Ogbunike cave is a revered cave in Anambra state in Eastern Nigeria. It is located in Oyi local government area and it is just 10km drive from Onitsha. The cave is populated by bats, while the rainforest circling it is inhabited by deer, antelopes, alligators and snakes. The cave features 10 tunnels and main chamber as well as a walkway made of 317 steps. The cultural rules are displayed on a sign at the entrance which reads: remove your shoes before entering the cave, ladies under period banned and herbalist or spiritual ceremony in the cave is banned.
Idanre Hills
Idanre hills sit in the ancient town of Idanre in Ondo state. To get to the peak of the hill, you have to negotiate 667 steps and there are 5 spots for tourist to rest. The hills provided protection against marauding enemies in the past. Amongst the hills, one stands out which is the Agbagba Hill. This is very popular because of the Agboogun footprints. Whether you are an adult or a baby, your foot should fit in because the Agboogun footprints mysteriously expand and contract to accommodate any foot. The cultural rule here is that if your foot doesn't fit in, you are branded a wizard or witch. In addition, there is the house of the Chief Priest where you can't go in with clothes. If you are so bent on going in, you have to go in naked.
The Oba of Benin's Palace
Ordinarily, the Oba of Benin is a traditional institution that is highly respected in Nigeria. It is one of the few institutions that has not been desecrated by civilization and religion. So, you can only imagine the rules for visiting the Oba's Palace. Some of the things you should never do at the palace include: you must not point, you must not whistle, you must not open an umbrella during festivals, and you must never adorn black attire.
Osun-Osogbo Groove
The Osun-Osogbo groove is a sacred forest on 75 hectares of land along the banks of the Osun River, which is located on the outskirt of Osogbo, the capital of Osun State. It is a UNESCO World Heritage Site. The groove features prominently in the Osun-Osogbo festival. There are so many cultural rules tourists should be aware of. Among them are, you are not allowed to wear your shoes into the groove (you have to walk barefooted), cameras are barred from the shrine where sacrifices are made and importantly, you should never stay in the groove beyond 4 pm and by extension at night because the groove is strangely dangerous at these times.
Leave a comment...