Reasons Nigerian Children Are Not Speaking Their Mother tongue 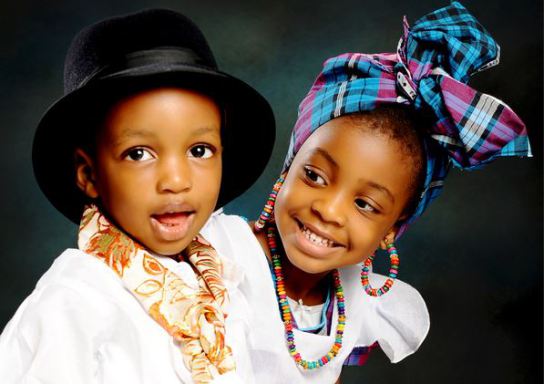 In the past children spoke Nigeria's indigenous languages namely Yoruba, Igbo, and Hausa fluently and unashamedly. However, today, the complete opposite is the case. Kids can barely communication in Efik or Idoma without adding a bit of English. The consequences of this are that many of these languages are facing extinction while some of them have gone extinct. A research that is cited by those concerned to lend credence to the import of indigenous languages is that of former Minister of education, Prof. Babs Fafunwa. The late Prof made a case for the mother tongue as the medium of education for the first 12 years of the child's life. Through an organized mother-tongue education program, they discovered children taught in the Yoruba language performed better. Regardless, it has not changed the fortunes of these languages because kids have refused to communicate. In line with this, Jumia Travel, the online booking agency shares reasons children are not speaking their mother tongue.
Parents don't speak the languages to them
Parents don't speak their mother tongue to their children anymore. In fact, some of these parents when they go for attending events one of the best hotels in Lagos, they order their children not to speak the language. How can such a child learn the language? Parents should speak more to their kids in their mother tongue.
It is tagged vernacular
In some schools today, Yoruba, Hausa, and Igbo among other languages are banned because they are considered vernacular. A child who speaks his or her mother tongue would be penalized. So from the formative years of these children, they already have the perception that speaking their mother tongue is bad.
They are uncivilized
Many people believe that you are uncivilized or local if you speak your mother tongue. So, in other to join the bandwagon and be accepted, they dish Ibibio for English. This is all in the name of being civilized. Children have also been caught in this web
It is not compulsory in primary and secondary schools
While English is compulsory in secondary schools today, the indigenous languages are not even though a child must study one of these languages. Children will think the languages are a joke. Hence, they won't bother to learn or speak it.
Technology
The engagement or interaction of children with technology is entirely in English. Their smartphone, video games, laptop and other tech gadgets are in English. So since many of them spend so much time with these gadgets, they don't have anything to do with the languages. This is a challenge to Nigerian developers to design tech gadgets in the indigenous languages.
Leave a comment...