THINGS YOU NEED TO KNOW BEFORE BUYING A NEW SMARTPHONE 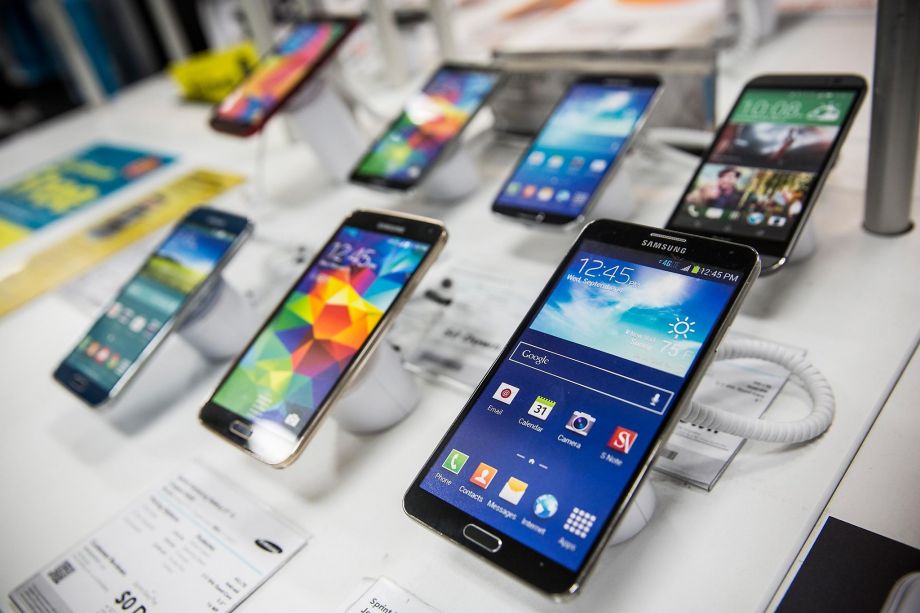 It's important to keep certain things in mind before buying a new smartphone, this is so you can make the best decision and maximize your user experience. Smartphones have, over time, become a sort of indispensable companion, especially because of their use in helping to stay on top of important email and social updates. With this, it's safe to say that choosing the right smartphone for yourself is indeed a big deal.
Jumia Travel shares information on 6 things you should know and consider before you buy a new smartphone.
THE OPERATING SYSTEM
When your budget for a new smartphone is able to get you either an iPhone with the Apple iOS, or a smartphone with the Android Operating System, the burden is then about which of the two to choose. Some people say the Apple iOS is better than the Android OS, but the truth is, it depends.
The Apple iOS on all iPhones is an easy to use OS (Operating System) and you can be sure of getting the hottest and best apps first, along with the timeliest software updates, tight security and very rare malware problems. However, with the Android OS you have more hardware choice and more control over your user experience. The Android OS is easier to customize as you can change almost anything you want and file transfer is also easier than that of the Apple iOS. In the end, it depends on which OS best suits your needs and taste.
Not forgetting the Windows OS, Windows is also a good choice if you are looking for an OS with good performance because it's tailored to offer better performance than the Apple iOS and Android OS.
THE SCREEN SIZE
Smartphones with a below 5-inch screen should be sourced if one-hand-use is important to you and you are looking for a portable smartphone you can perform quick tasks with. However, if you like to watch videos, play video games, browse online (especially for reading text on a website), basically if you use your phone mainly for media rather than quick tasks, a smartphone with a large screen size (5-inch screens and above) is better for you.
THE CAMERA
This is unarguably the most important smartphone feature for most smartphone buyers. When buying a smartphone, consider the camera specs like megapixels (the larger the better), aperture (the lower the better) and, if it's within your budget, try to get one with Optical Image Stabilization (OIS). If you are unable to get one with OIS, it's fine, simply consider mainly the megapixels and aperture of the camera.
THE RAM AND PROCESSOR
For CPU results, speedier operations and better multi-tasking on your smartphone, you should consider both the RAM and processor of the smartphone. For example, a good RAM and processor will reduce, if not completely eliminate, the incidence of your smartphone 'hanging' while in use.  However these days RAM is becoming a more reliable indicator of a phone's performance than the processor, because sometimes a dual-core processor can be far more powerful than an eight-core processor.
Smartphones with 2GB RAM and above are recommended. Smartphones with very limited RAM are the cause of rudimentary performance problems. 1GB and 1.5GB RAM can be quite tight and lead to performance problems on your smartphone. However, if 1GB and 1.5GB RAM smartphones are the ones within your budget, you can make the best of this by downloading very few apps and refraining from opening multiple apps at the same time. You should close every app you open the moment you are done using them.
Multi-core processors like the dual-core, quad-core, hexa-core and octa-core processors are recommended when sourcing for a good smartphone. But be careful, powerful processors tend to drain the battery of your smartphone. If you will only perform simple tasks with your phone like communicating through text messages, making calls, checking emails or browsing the internet, a smartphone with a low but reasonable processing power, like the dual-core or quad-core processor, is good for you.
BATTERY LIFE
When buying a new smartphone you have to make sure the smartphone has good battery life. Usually, smartphones with a 3000mAh battery are recommended if durability is important to you. You can settle for one above 2000mAh, but avoid going for one lower than 2000mAh.
STORAGE OPTIONS
Most smartphones come with 4GB to 64GB internal storage. 16GB internal storage is usually recommended when buying a smartphone because after system partitions are considered, the user accessible storage ends up being as low as 8GB. However, if a 16GB smartphone is outside your budget, you can settle for an 8GB smartphone which you can couple with an external storage device like the microSD memory card.
Leave a comment...