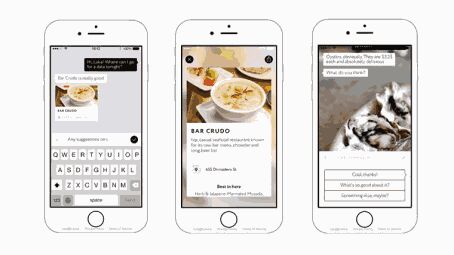 This new app is called Luka from a company called Luka and founded by Eugenia Kuyda.this app is said to help keep the memory of dead people alive. What prompted this invention by kuyda was the affection she had for her late soul mate, Roman Mazurenko which made her create a memorial robot for her friend. She feels being able to talk to dead relatives helps the grieving process.

The Luka concept is all about creating a digital profile of a person from their various posts, it could be their face book pages, twitter, personal emails etc and you would then pass the message to a bot who will then be able to predict how the person reacts to certain situations including being able to answer questions or give advice. Later the data from these social networks are uploaded to artificial intelligence algorithms. It is believe that in the nearest future Luka app will be able to support photos, video, audio and locate data from personal devices.

Though it seem that Luka is a work in progress but as at now tremendous progress has been achieved. though this may sound creepy to some people, kuyda said the intent is not to replace a person in this application but to preserve  as much of the information generated, offer asynchronous access to it and manipulate it to predict actions in an infinite number of human situation. This is to say if you put text messages and other materials from a loved one into a program, you can create a chat box that stimulates the kinds of conversation you had with the person when the person was alive.

Kuyda disclosed that the accuracy of the app will depend on the intelligence algorithms understanding ones personality traits, the kinds of things one like to do, things that motivate one and how one respond to many of life situations.