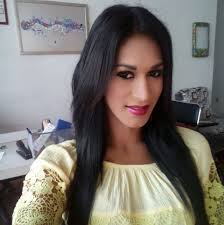 Transgender beauty queen Paulett Gonzalez who was crowned the winner of 2015 Gay Beauty Queen pageant was burned to death in a hate crime in Mexico. She reportedly went for some personal business work and did not return thereafter.

Paulett's family and friends launched a campaign on social media, asking people for help to find her but their search came to a tragic end with the discovery of her body in Celaya. DNA tests confirmed her identity because the body was severely burned.

Jorge Luis Zamora Cabrera, the state secretary of sexual diversity, told Mexican media that one of the lines of investigation in the case is transphobia. Even her friends expressed disbelief about her death and spoke volumes about her life and describe her as someone who was not afraid of anything.

According to Mara Rojo Sanchez, NNC president of the AsociaciĂ³n Civil Ser Libre, she was brutally murdered and was then set on fire. The gruesome act is seen as a sign of ‘marked hatred' toward the transgender community.