Why Did The Entire German Town Committed Suicide 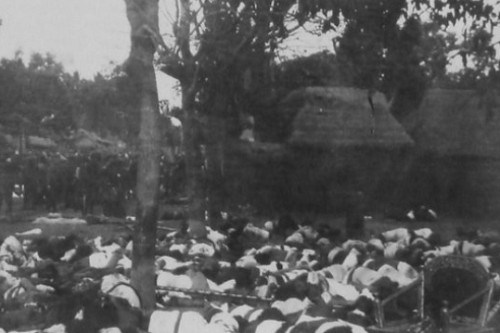 We are often flooded with information about the devastation that occurred during the battle of Normandy, for example, but very few of us have ever heard about the mass suicides that occurred in many towns and villages across Germany directly after the war ended.

One mass suicide occurred in the German town of Demmin, where an estimated 900 civilians managed to take their own lives over a 72-hour period out of fear of what Soviet forces would do to them.

With the end of the war approaching, it had become abundantly clear that the Nazis were not going to win. As Soviet troops pushed their way into Germany, many civilians feared that they would be terrorized. By the end of April 1945, the Red Army had made its way to Demmin.

In the 1920s and '30s, Demmin saw a rise in right-wing nationalists. Much of the town was part of the German National People's Party. Civilians boycotted Jewish businesses and the town even sold the only synagogue to a furniture store. Most Jews were able to move before the war had begun.

Nazi officials, the police, the Wehrmacht, and many citizens chose to leave the city before the Red Army's arrival. As forces grew nearer, the Wehrmacht demolished the two bridges leading into Demmin as they retreated to safety. Because the city was mostly surrounded by water, this left townspeople with little to no means for escape.

Many civilians hung white flags above their doors, while others chose to try and fight back against Soviet troops. One afternoon, however, word broke that Hitler had died.

Left with no other option, hundreds of civilians took their own lives. People could be seen jumping into water, slashing their wrists, hanging themselves from trees, and using a variety of other methods to end the panic. Many families committed suicide together.

Most of the abandoned corpses were buried together in mass graves. Once the war had ended, the devastation at Demmin became a taboo topic for members of the East German Communist government.

It always amazes me how stories like this fall through the cracks of time. So much bloodshed goes almost completely unnoticed. While Demmin's townspeople certainly weren't faultless, imagine the desperation they must have felt when they were pushed to the limit.
Leave a comment...