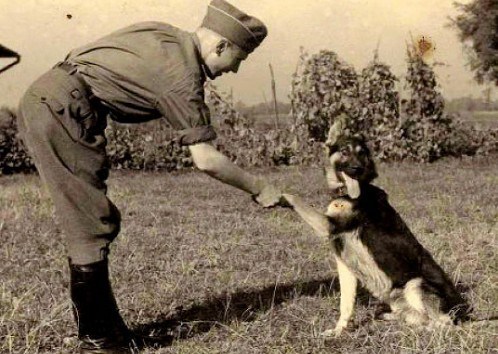 Believing that dogs are similarly wired as humans, Hitler put his troupe of scientists and officers to immediate work – they recruited, trained and (apparently) worked alongside dogs to further establish the Nazi regime. He hoped that these special dogs would work alongside the SS officers in a human capacity. Hitler set up a dog school, Tier-Sprechschule ASRA, in Hanover specifically for this purpose. These dogs, meticulously scouted from all over Germany, were taught to read, spell and even engage in telepathic man-to-dog communication.