Fake or not? Woman alleges that a Nigerian man's phone exploded in his pocket 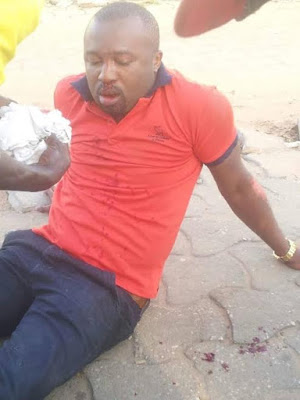 A lady named Uju Patricia yesterday shared these photos of an unnamed Nigerian man, whom she alleged got injured after his phone exploded and caught fire in his pocket, while he was on on top of a bike. She claims it's a Note 3 of a popular brand that has been in the news since they cancelled production over reported phone explosions. People have since called her out, saying its not real. What do you think?