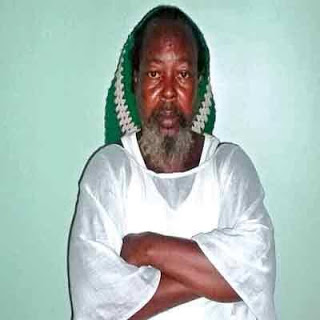 The Commissioner for Police in Lagos state, Fatai Owoseni, has disclosed that shallow graves were discovered at the home of 70 year old Prophet Emmanuel Adeyemi who chained his son and 27 others at his Oyinbo Unity Estate home in Ojodu, Lagos state.

Speaking to newsmen at the police command yesterday August 23rd, Owoseni said the prophet who claims to be a traditional medicine practitioner, was arrested alongside his first wife last weekend after they got a tipoff that the couple buried some dead persons in their home.

ďWe got a tip-off that there were people he buried in that compound and he confirmed it during interrogation. Because the area is swampy, the suspect had allegedly buried some people in the swamp and about three others in the house. When we asked him of their identities, he said it was some of his patients that were brought to his home from the hospital, after they were given up for dead. He said the patients finally died in his care and were buried in the swamp. When we also queried him on the claims that he sold the body parts of the deceased to ritualists, he swore that he was only a traditional healer and not a human parts sellerĒĚ

According to the Commissioner, the prophet claimed he chained his teenage son, Toba Adedoyin Adeyemi, for weeks so he could cure him from stealing.

ďWhen we got information that a teenager was locked up in a house, the area G Commander invited the suspect, who claimed that his son was known for stealing and so he locked him up in chains to cure him of stealing. While we were still on that case, we got another credible tip off that there were other people chained up in that same house. Of course, we carried out a raid and confirmed the allegation to be true. But before then, we had contacted the Lagos State Government because we don't have the facility to keep the rescued persons. His claims now that he has been arrested is that he is a herbalist, but why didn't he tell us that when we first invited him to the station for locking up his stepson? He only told us that he wanted to cure his son of stealing.ĒĚhe said
Leave a comment...