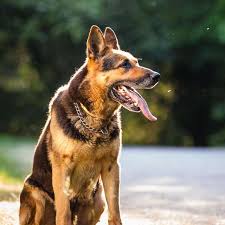 A 30-year-old trader named Joe Fortemose Chinakwe, has been arrested by the Ogun state police command for naming his pet dog 'Buhari'. This was after after one of his neighbours, a man from Northern Nigeria, filed a complaint that Joe named his dog after his father, Alhaji Buhari. According to Vanguard, after the complaint was made at Sango Police Station, the trader was arrested, detained and would reportedly be arraigned in court today.


Efforts by the police to recover the dog, which they intended using as evidence failed. The trader, allegedly instructed his friends to secretly to kill the dog. Now, appeals by his friends and relations for the police to grant him bail failed as the complainant and his kinsmen reportedly threatened to kill the trader if he was released on bail.

A relation to the suspect expressed fears that he may either be poisoned inside a police cell or thrown into jail. According to the person, "Chinakwe is a lover of dogs and he names them after things that tickle him. He bought this dog a year ago and named it Buhari.  Unfortunately, some Northerners, who dominate the vicinity where he resides misconstrued his intention and connived to take him up. The complainant then claimed it was derogatory because his father answers Buhari."Ø

The acting Police spokesman in Ogun State, Abimbola Oyeyemi, ASP, stated that indeed Joe bought a dog, but he inscribed Buhari on both sides of the dog's body and paraded the dog around the area.

"One Mallam lodged a complaint and when our men got there, we found out that it was true. You know such thing can cause serious breach of the peace and ethnic or religious unrest. We are charging him to court for conduct likely to cause a breach of peace."Ø
Leave a comment...