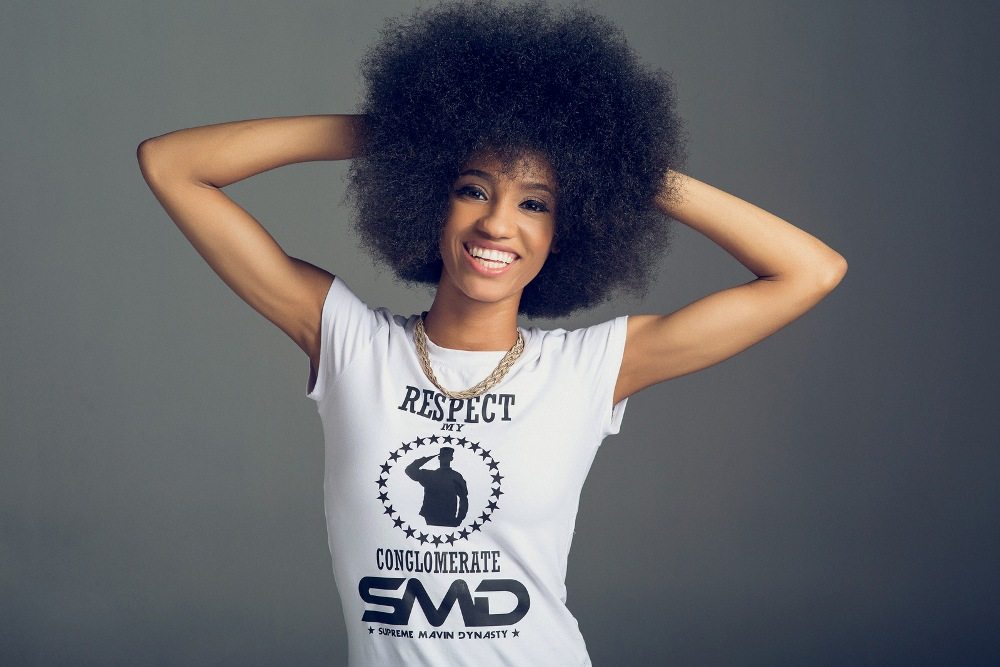 CEO of Mavin Records and top Nigerian producer, Don Jazzy has threatened to terminate the contract of one of his fine artists, Di'ja.

Don Jazzy made the threat in a prank live recording on MTV Base Africa's æBigger Friday Show'.

The Mavin singer, Di'Ja was recently pranked on the MTV Base Africa's æBigger Friday Show' with the help of label mate Reekado Banks and her manager.

Di'ja was told by her fellow label mate Reekado Banks that the Mavins boss, Don Jazzy was complaining of her always covering up and not wearing ōrevealingöØ outfits.


According to Reekado Banks and her manager, she needs to start wearing more revealing dresses.

However, Di'ja refused to believe them and chose not to take them seriously. She at first seemed unconvinced until when her manager advised her to wear some clothes brought to the scene by a stylist they had contracted, or her contract with the Mavins will be terminated.

It took further convincing by her manager and another Mavin artist, Korede Bello for her to want to try on the clothes.

Di'ja however, complained that they should have had the conversation privately before the stylist stepped in.

On assessing one of the outfits brought by the stylist, Di'ja complained that the dress would not fit as her ōtitties are not so bigöØ.

The slender Sierra Leonian-Nigerian music star sure isn't who likes to show off some body parts, but rather prefers to stay all covered up in most of her outfits.