Shocking:family Buries Man With Bullet ,knife ,Machete ,so He Can Avenge His Death (photos) 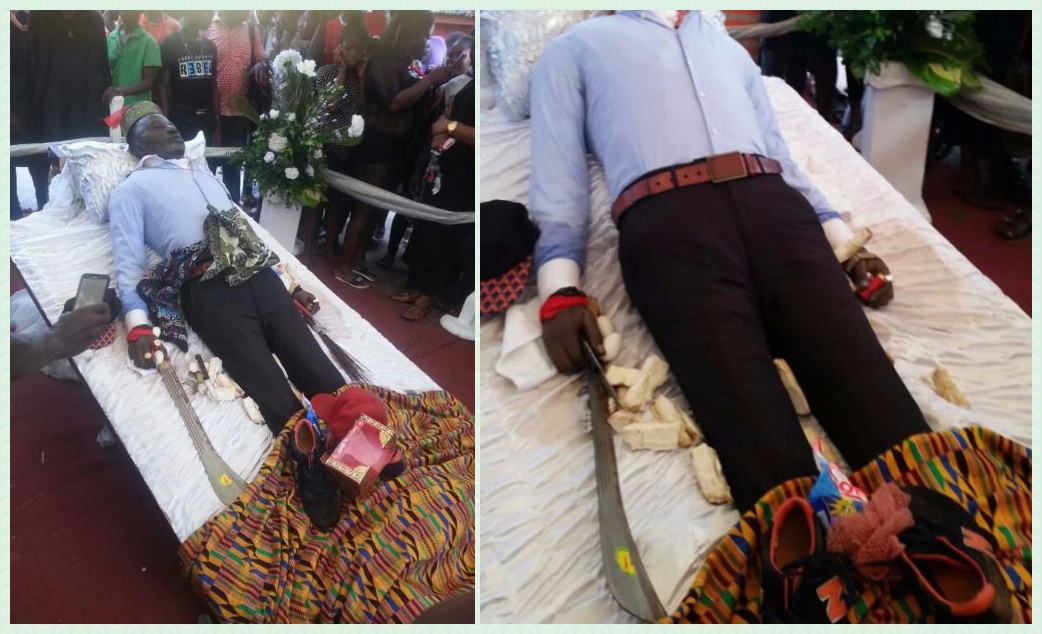 The family of 27-year-old Osei Tawiah who was allegedly brutalised to death by police,  in Krofrom in the Ashanti region made a 'statement' when his body was laid in state, Thursday, 16th of June. Residents were in agreement with the mourning family to place a broom, a machete and a bullet in the coffin. Also in the coffin was a bullet cartridge, eggs, a sponge, a pair of shoes, a cap, pepper and other items.
The items, according to the relatives of the deceased are meant to aid Tawiah in the spirit world to avenge his death.