Photo: Police arrest man for dressing as a woman prostitute in Kenya 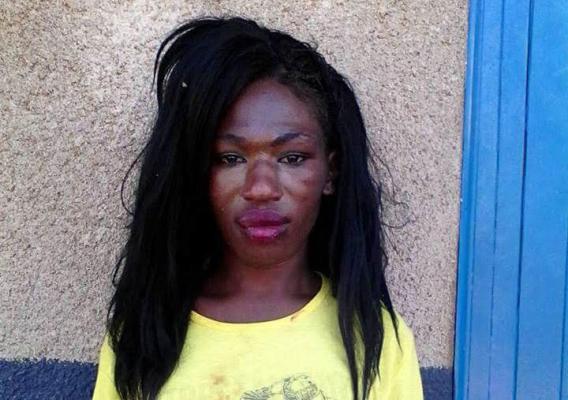 Kenya police have arrested the man pictured above who has been dressing up as a female prostitute and allegedly stealing from men in bars in Mumais, Kenya.

The man, who refers to himself as 'Grace', was arrested after he was seduced by a man at a local bar in the area, who proceeded to book a room at a lodging where he discovered that he wasn't a woman.

Sister "Grace" had to run into a police station after a mob wanted to lynch him. Kenyan police authority however said that he would be set free because the man who he was about to dupe, has not come forward to lodge a complaint at the station.
Leave a comment...