Chemical Found In Deep Space Hints At How Life Formed 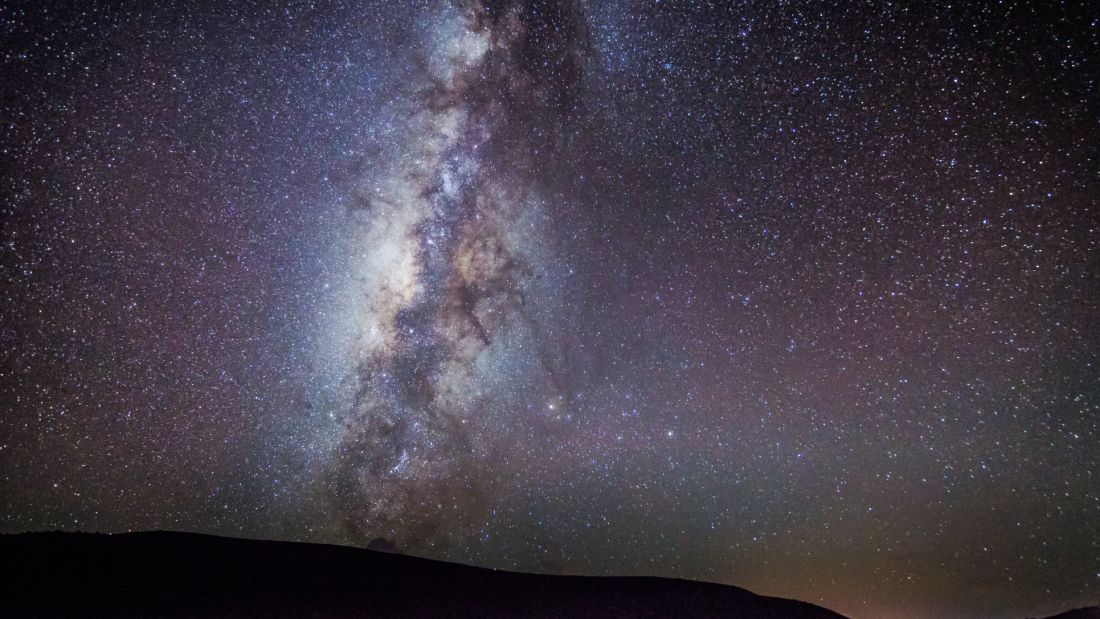 For the first time, a chiral molecule has been observed beyond the Solar System. Chiral molecules come in two different forms, but the fact that some of them almost always turn up on Earth in just one of these forms has been useful to life, although deeply puzzling to biochemists.

The announcement in Science of the discovery of the first chiral molecule in interstellar space, propylene oxide (CH3CHOCH2), found in the star-forming Sagittarius B2(N) cloud located in the center of our galaxy, confirms a prediction about how this imbalance might have arisen.

Chiral molecules are like gloves. Their potential forms are mirror images of each other. Whether so-called right- or left-handed, each version only fits with other molecules shaped the matching way, but the two share common traits such as melting temperature.

Our DNA has a backbone of ribose, and if half the ribose on Earth was in each form, both right- and left-handed, life would have a much tougher time. Instead, it is all left-handed, but we don't really know why.

Last year an attempt to mimic in the laboratory the gas clouds from which stars and planets form produced chiral glycine, which catalyzes other chiral molecules. The team that discovered this proposed that glycine in space seeded Earth with consistently left-handed molecules, and the availability of these shaped the way life evolved.

When Caltech's Professor Geoffrey Blake detected the signature of chiral propylene oxide molecules in preexisting radio observations of star-forming clouds he acknowledged the discovery is not really surprising. As the paper notes: "Propylene oxide is the third species of the C3H6O family detected [from] this source."Ø Other similar molecules have also been found in the same gas cloud.

Nevertheless, Brandon Carroll, one of Blake's graduate students, said in a statement: "It's the first molecule detected in space that has the property of chirality, making it a pioneering leap forward in our understanding of how prebiotic molecules are made in space and the effects they may have on the origins of life."Ø Carroll also noted that this is one of the most complex of the almost 200 molecules we have detected in space.

Unlike amino acids, propylene oxide is not important for the formation of life, but being smaller it is easier for radio telescopes to detect. Its discovery has encouraged the team that further detections of chiral molecules may be on the way.

The Sagittarius gas clouds with the two forms of propylene oxide and the location where their signal has been found. B. Saxton, NRAO/AUI/NSF from data provided by N.E. Kassim, Naval Research Laboratory, Sloan Digital Sky Survey

Propylene oxide must be either in the right- or left-handed shape, but the most exciting aspect will be if one form is found to predominate in gas clouds, indicating the same would apply to planets that form out of them. The paper notes that such an imbalance might be induced either by radioactive decay or by circularly polarized light hitting the molecules. Circularly polarized light has been detected in parts of the Orion Nebula.

Establishing this will not be easy, however, with Carroll noting, chiral molecules' "spectra are like your hands' shadows. It is impossible to tell if a right or a left hand is casting the shadow."Ø

Blake said: "The detection of propylene oxide, and the future projects it enables, lets us begin to ask the question - does interstellar prebiotic chemistry plant the primordial cosmic seeds that determine the handedness of life?"