Mother of 2 records her own murder 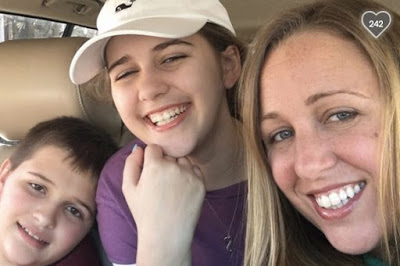 Mother of two, 40 year old Wesley Webb was arguing with boyfriend 43 year old Keith Smith in their home in Schuylkill Township, Pennsylvania on May 2 when she decided to start recording the argument and ended up recording her own murder, police say.

Webb told Smith that if he kept arguing with her, she would leave with her two children. Three kids, all under age 14, were home at the time of Webb's killing on the night of May 2..


In the audio recording she took with her mobile phone, Smith could be heard yelling:

Then a gun shot rang off, police say, Smith could be heard shouting,

Police say Smith shot Webb in the chest as she sat on the couch in the living room, then shot himself in the face with the same 12-gauge shotgun.

All three children ran downstairs and discovered their mother dead and Smith bleeding and one of them called 911.

The phone recording continued until police arrived on the scene. Smith survived the shooting and is in stable condition in the hospital but Webb wasn't so lucky.

"Smith did not hesitate to kill his girlfriend. But he flinched when it came to killing himself."Ø

Webb's sister started a GoFundMe campaign to raise money for the two children she left behind, Matthew and Madison. As at today, she has raised over $39,000 in 6 days.