Widow Deals with Husband's Death by Eating His Ashes 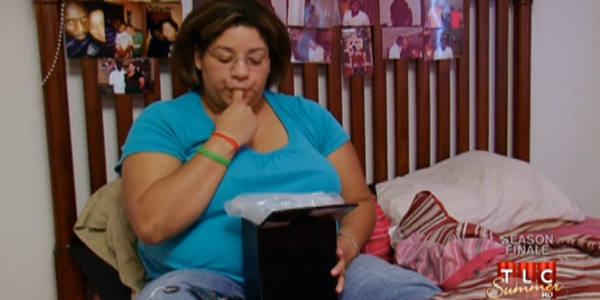 The story of a woman who developed a habit of eating her husband's remains was first broadcast a few years ago during the season finale of the reality show My Strange Addiction, but it has recently started picking up steam again online.

The woman in question was a then 26-year-old widow who lost her husband after he died suddenly from a severe asthma attack. At first, she coped with the death by carrying around her husband's ashes with her every where she went. She took the urn to the grocery store, to bed, and even would cook his favorite meals at home, but not eat them.

In short, she wasn't dealing with the death in a healthy way. And then, it got even worse. She accidentally got some ashes on her fingers one day and instead of wiping them off, she just decided to lick them off.  This quickly turned into an addiction.

Casie, whose last name wasn't given, described the taste as that of ōrotten eggs, sand, and sandpaperöØ and says she has ōgrown to loveöØ it. At the time of filming, she had consumed about a pound of ashes, with five more left and was concerned about how she would deal with the husband's ashes not being around when they're all gone.

According to Jezebel, she went to see a therapist and then checked into an inpatient care facility by the end of the show.