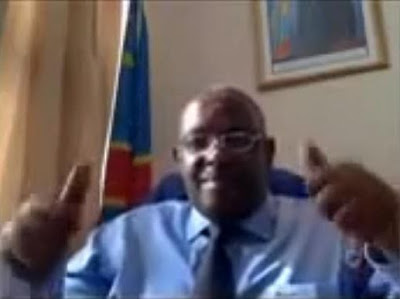 When he was done, he smiled towards at the camera and continued with his work in the office.
Congolese citizens on social media reacted quickly to the video and created a hashtag #sebinezaMustGo which went viral, the president succumbed to public pressure and fired the minister on the 30th of April, 2016.

He is said to be a notable Tutsi of the Congolese Banyamulenge community and has been a President of his community, Shikama, for many years.
Leave a comment...