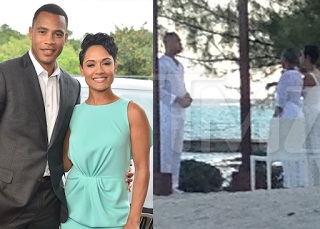 
According to TMZ ,the duo exchanged 'I do's' in a private ceremony at a mansion on Grand Cayman Island on Thursday, with a very limited guest list which reportedly did not include any of their Empire co-stars.Trai proposed to Grace on her 31st birthday this past July.