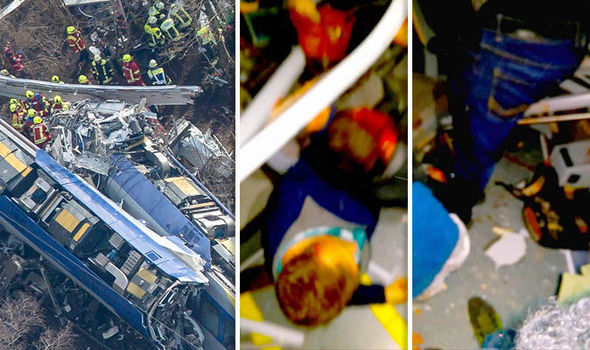 Four people have died and between 100 and 150 people have been injured after two trains crashed head on in southern Germany, according to local police.

Local media reported one train had derailed and several carriages overturned in the crash near Bad Aibling, about 60 kilometres south-east of Munich.

Rescuers have found the bodies of four people and 10 of the injured are in a very serious condition, police have said.

Teams were sent to the scene after the crash happened at 6:48am (local time) and helicopters and ambulances have been taking the injured to hospital.

Regional rail company Meridian said in a statement that "a tragic accident occurred on the single-track route between Rosenheim and Holzkirchen".

The regional police force in Upper Bavaria tweeted that several hundred emergency services workers were on the scene in the rural area.

The rail route was closed to traffic, as well as two local roads.

Local media have reported it was likely there were fewer people on the train than usual due this week's Fasching or Carnival celebrations in parts of southern Germany.

The cause of the accident is not yet clear.