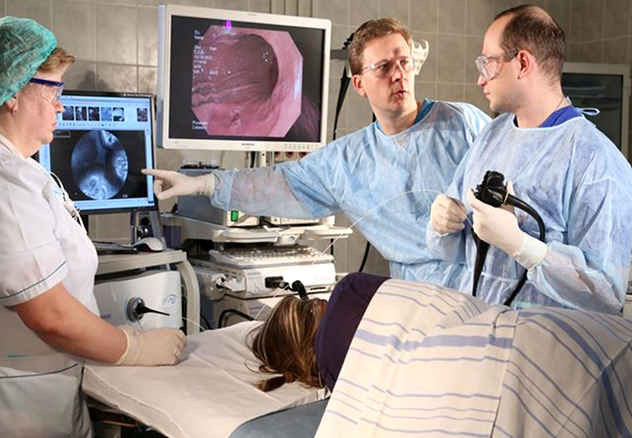 Clinical trials are a very important part of medicine. It is the final face of research that determines whether a new drug will make it from the laboratory bench to the market. Before any novel medicine is approved, it must be tested in a few group of volunteers to certify it effectiveness and safety, and that is where clinical trials come in. Although most of the time, drugs often pass this exercises and get approved. However, there are some cases where this exercise can go horribly wrong when developing a new medicine – thereby preventing the drug from ever making it to the market.
Below are some cases of new drugs that had problems with their clinical trials.
John Hopkins Asthma Trial
In the quest of developing a new medicine for asthma, a volunteer by the name, Ellen Roche -a technician at John Hopkins Hospital, took part in a clinical trial process. The goal was to know the mechanism through which a healthy person’s immune system can fight asthmatic symptoms. So the doctors induced in her a mild asthmatic reaction and then treated it with a medicine known as “hexamethonium”.
This medication caused Ellen Roche, to develop some immune response failure. Firstly, she developed cough just after the administering of the drug. However, along the line, matters became more complicated as she suffered lung tissue breakdown and was put on a ventilator. To cut the story short, she later gave up the ghost in a regard to this exercise. More light was thrown on the drug as participants got to realize that it was never FDA approved yet the proposal never mentioned it. However, John Hopkins Hospital was made to take full responsibilities for the whole mishap.
The Lidocaine Disaster
A second year undergraduate student who went by the name Hoi Yan Wan, registered for a medical process that paid $150 without her family’s consent. The medical process was to test the effect of pollution on the respiratory system. In this trial, the researchers inserted a tube that went down her throat into her lungs, a bronchoscopic medical procedure aimed to harvest some of her lungs cell.
The researchers took more cells samples than the proposal highlighted. Because of the extra samples that was taken, an increased dose of Lidocaine (an anesthetic drug), which was far more than FDA approved was administered to her.
After the trial she was found very weak and in much pains but latter died some few days later. Her autopsy revealed a lethal amount of lidocaine in the system which resulted in heart failure and finally killing her.
Leukemia CAR-T Trial
In 2016, Juno Therapeutics organized a clinical trial for it new drug by the name CAR-T, a drug that was developed to cure leukemia (blood cancer). This novel drug was supposed to attack the cancerous cells in the blood until they disappear.
In the trial, three adult leukemia patients were involved as volunteers. They latter met their untimely death after they’ve received some few doses of the drug. They suffered neurological toxicity which made their brain to swell –a condition medically known as “cerebral edema”.
A medicine that was supposed to change the narratives of blood cancer in history, later became the express route to death.
The odd situation latter brought some setbacks to the company, affecting the company’s stocks and grounding to a halt their research. It is unclear whether they will be allowed to continue the research because the company is now being monitored by the FDA.
Gene Therapy Clinical Trial
A teenager who goes by the name Jesse Gelsinger, entered into a study whose aim was to test the safety of gene therapy in kids with severe hepatic cell mutation (mutations in the liver). He was part of the study because of his conditions. He had been born with a genetic disease -by lacking the gene that codes for “Ornithine transcarbamylase” (OTC) - one of the enzymes that help breakdown and eliminate nitrogen compounds e.g ammonia, from the body. Because he lacked that gene, he became deficient in the enzyme.
In the research, the researchers tried to fight his condition by injecting him with a cold virus in order to help him produce the missing gene. But his condition was too severe that one high dose of the medicine should be enough. However, he ended up receiving several doses which later resulted in his death.
When medical agencies researched the issue, they found a lot of flops in the study. One of it was that Gelsinger’s levels of ammonia were so high that he shouldn’t have been included in the study.
The Thalidomide Trials
“The Thalidomide trial was a very successful one but full of unseen errors. No one actually knew how unsafe this drug was until 10,000 babies had to pay the price”
The Thalidomide was a drug produced in the 1950s in Germany. It aim was to fight respiratory infections. After this drug was manufactured, it went through all the stages of clinical trials and was deemed fit for use. Since high doses of this drug didn’t kill anybody and didn’t pose any significant threat no matter how much you take, medical agencies quickly endorsed it and declared it safe.
Unknowingly to anyone, the drug had a serious side effect on pregnancies. However, no one knew anything about this because the medicine was mainly tested in animals not human beings, and much attention wasn’t paid to how the drug affected the offspring of these animals.
Over 10,000 human children born during the late 1950s and early 1960s, suffered serious impairments because of this drug - some had missing limbs and cleft palates, as a result. However, no one knew the culprit until 1961 that Australian doctor William McBride discovered the link between Thalidomide and the deformities that most children suffered. No one knew how unsafe the drug was unitl 10,000 babies were used as scapegoats.
Leave a comment...