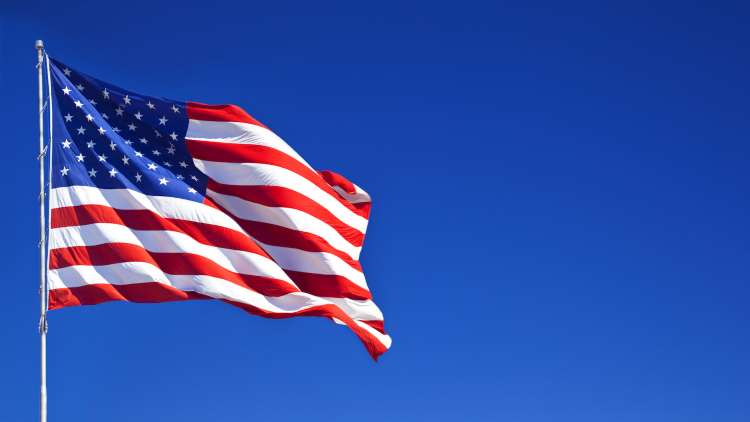 The national flag is the most important symbol of any nation as its almost the first thing that defines a country. Although it may seem like a piece of cloth attached to a pole, but whichever nation that don't have this so-called piece of cloth to fly during festivities, is actually not fit to be called a nation -Fortunately there are no such nations however.

One of the most iconic flag in the world is the American flag also called the "Star Spangled Banner". This flag is amazing not because its one of the best but because there lots of fascinating stories behind it origin.

Here are some of them that may fascinate you;

The first official version of the American flag was launched on 14th June, 1777. The flag was made up of 13 stripes and 13 stars, all of which were depicting the 13 colonies that fought for independent and the first initial states that made up the nation. They include; Connecticut, Delaware, Georgia, Maryland, Massachusetts, New Hampshire, New Jersey, New York, North Carolina, Pennsylvania, Rhode Island, South Carolina, Virginia.

Why does it has more stars than strips

This is actually the question that is often asked by most people including the Americans. The reason the flag has more stars than strips is because the law makers as at then when the country was still very young, knew very much that in no time new colonies would be added to the nation. And in order to avoid a creepy looking flag, it is probably best to increase the number of stars than strips.

It was designed by a high school student

The flag started out as a project work

The most fascinating part about the current design is that it was designed even before America needed it. Robert G who designed the flag actually did it as a project work in school but never knew that his design would one day be the country most iconic symbol.

The Flag has been altered 27 times

The US Flag has undergone changes 27 times. The reason being that each stars is meant to depict each states so whichever new territory added to the nation is always a reason for flag adjustment. The US is quite unique in this way because most countries don't often modify their flag for such reason.

The Colors and their meaning

As at 1777 when the initial version of the flag was launched, the colors never had any meaning. It wasn't until 1782 when the Great Seal of the United States of America was created that the colors where retroactively given a meaning.

The colors of the flag right now tend to have some important meanings. Red symbolizes hardiness and valor, white symbolizes purity and innocence, and blue represents vigilance, perseverance and justice.

Anyone can desecrate the flag

Most nations may have one or two laws that is protecting its national flag but for the United States, there is no such thing. There are currently no laws kicking against the desecration of the US flag. It simply means that anyone can abuse the US flag without having to face penalties.

U.S. flag on the moon

There are currently six US flags hoisting on the moon. All of which are serving as a monument for each successful Apollo missions.

The US flag has several nicknames; The Stars and Stripes, The Star-Spangled Banner, The Red, White, and Blue, and the Old Glory.

Every June 14 is known as the national flag day. The day is set out to celebrate the Flag Resolution.