Some Mysteries that Science Have Finally Unveiled 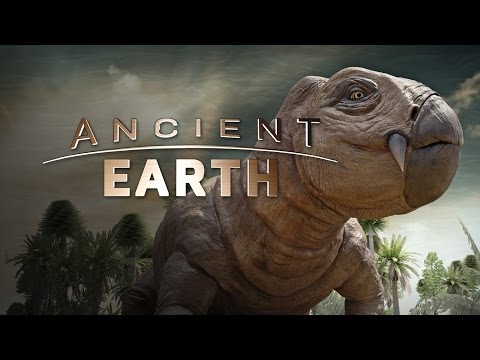 No one can doubt the fact that we are living in a world full of mystery. When we are to analyze everything that really exist in nature, we would discover that the things we know about our world today are just a tip of an iceberg. There are still a lot going on in the universe that we are yet to wrap our head around. No one really knows if we can fully uncover these mysteries before game over, but to some extents, scientist have actually gone extra mile to uncover some truth about our world and have contributed greatly to our understanding of the universe. Some knowledge that looked farfetched to humanity before have actually be reconciled, let just take a look at few of them.

Why Zebras Have Stripes

Zebras are one of the most beautiful animals in the world. In a crazy kind of way some people even envy at their beauty and wished we were as beautiful as the Zebras -that is actually a farfetched dreams anyway. The distinctive and beautiful stripes of Zebras has been quite a bit of a concern for centuries. Many have wondered why they have stripes, with some thinking that its a form of camouflage to confuse predators. With this two many theories flying around in the air, some group of scientist at the University of California decided to find the answer.

After making series of research about the animals and other closed families like the the horses, and asses, and their place of origin, they found that the reason Zebra had stripes was because they needed to ward off blood sucking flies which were dominant in that region. The reason being that they were more vulnerable to the flies attacks because their body hairs were shorter than that of horses.

Other researchers from the University of Sweden found that flies avoid zebra stripes because they’re of the right width. If they were wider, the zebras wouldn’t be safe.

How Giraffes Stay Upright On Their Bony Legs

Giraffes are the tallest mammals in the world weighing about 1,000 kilograms (2,200 lb). But how their tinny legs were able to support their big body have remained a mystery for a long time until recently. In order to know the cause of the miracle, researchers from the Royal Veterinary College decided to conduct a test on the limbs of dead giraffes donated by the European Union. They discovered that the reason is a suspensory ligament, a tissue that hold bones together.

They noticed that the ligament does not generate any force on its own but provides a passive support because is an elastic tissue, not amuscle. This help to lessens fatigue for the animal because it doesn’t have to use its muscles as much to bear its weight. This ligament also protects the giraffe’s foot joints and prevents the feet from collapsing.

The Mass Extinction in the Permian period

It has been known that around 90 percent of the species on our planet were wiped out in the end-Permian extinction, also known as the “Great Dying,” an event that took place some 252 million years ago. This is actually regarded as the worse mass extinction on earth. It was initially thought to be the result of asteroids and volcanic eruption, but it turns out that the culprits who were responsible were some microbes found in sea beds.

According to MIT researchers, the cause were some microorganism called Methanosarcina, Archaeabacteria that eats carbon compounds and produces methane as waste. They still exist today oil wells, garbage and the guts of ruminants animals. The research found that during the Permian period, this microbes underwent a gene transfer from a bacterium that allowed them to process acetate. This gene modification made them consume large piles of organic matter containing acetate that were sitting on the ocean floor.

The microbe population exploded, expelling a huge amounts of methane into the atmosphere and acidifying the environment and the ocean. Most plants and animals suffered from this cataclysm including those on land perished, along with fish and shellfish in the sea.