Strange Forms in Which Water Can Exist 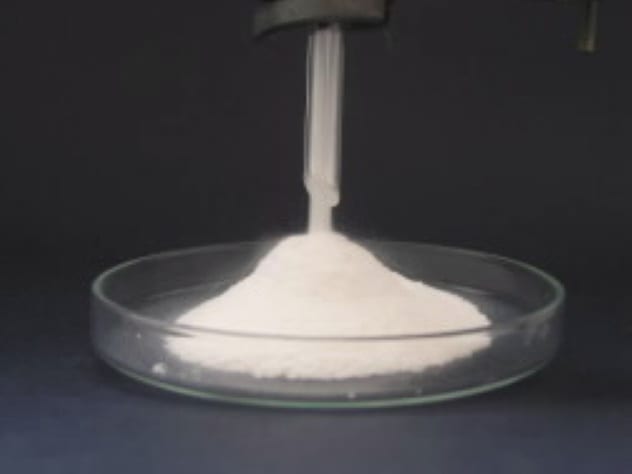 Sometimes it looks as if our teachers back then in our elementary schools were trying to hide some truth from us simply because we were kids or rather they themselves don't even know what the truth is. Most of you will agree to the facts that there were somethings we learnt back in those days we later realized were false or rather a half truth.

You were thought that water exists only as a solid, liquid, or gas, right? But that's fallacious!. You are about to see some real facts about other forms in which water can exist apart from these three.

Water can exist in a number of other states different from the ones you knew before, forms that you might not have heard of if you hadn't come across the article. Would it sound strange if you learnt that water can exist in form of hot ice or a powder? yeah! you heard that right! hot ice and powdery water is a thing. Don't be amazed.

"How is this even possible you may wonder right"? OK, here is the tweets! Most of the time, temperature and pressure are the major factors that influence the behavior of water. But in some other bizarre ways, water can go completely nuts when combined with some crazy substance. In this article, You are going to see some of the few weird science that can influence water and it behavior.

Dry water is a form of water you get when you mix natural water with silica (with the assistance of a machine anyway). It assumes the shape and behavior of a solid even though its 95% water. It consists of powdery sugar-like grains, which are actually regular water droplets covered with silica. The silica prevents the water from mixing up and becoming liquid.

Dry water was first discovered in 1968 and was immediately snatched up by cosmetic companies as it appeared to have potential applications in the cosmetics field. It was reinvented again in 2006 by the University of Hull, UK, and has since been evaluated and studied for its potential use in other fields.

It has long been settled that plasma state is different from gaseous state, although they both shares a lot of similarities but they are not completely the same. Plasma is the most abundant form of matter in the universe since it is the major thing that made up our stars.

Water can exist in form of plasma. You may have known before now that when you heat water to a certain temperature, it enters another phase known as gaseous phase or vapor. In order to transit this phase into a plasma phase, more energy is required. This additional energy helps to break the hydrogen-oxygen bonds in the water molecules, converting it into another state known as the plasma state.

Amorphous ice is produced by rapidly cooling liquid water so that the molecules don’t have enough time to form a crystal lattice. It is generally considered a glass. This is because it lack the lattice structure of a normal crystal. Although amorphous ice is not common on Earth but is believed to be the most abundant form of water in the universe.

Burning ice, methane ice or fire ice, is a solid clathrate compound in which a large amount of methane is trapped within a crystal structure of water, forming a solid similar to ice.

It is naturally formed at certain ocean depths, in permafrost, and in oil and gas pipelines, where it can cause blockages. Burning ice begins as compressed and frozen methane. The frozen methane is soon covered with ice, creating burning ice. .

In 2016, scientists at the United States Department of Energy’s Oak Ridge National Laboratory created a new quantum state of water. They made the discovery by “squeezing” water molecules in between hexagonal beryl crystals.

The massive compression increased the pressure so much that the atoms of the water molecules became misaligned, at which point the water no longer followed a number of physics laws. The molecules were able to pass through barriers at the atomic level, a behavior that is explained by quantum mechanics and referred to as “tunneling.”

This behavior only occurs when a substance is in a quantum state. Scientists believe water often goes into quantum mode to travel through very tight spaces in rocks, soil, and even the walls of living cells.