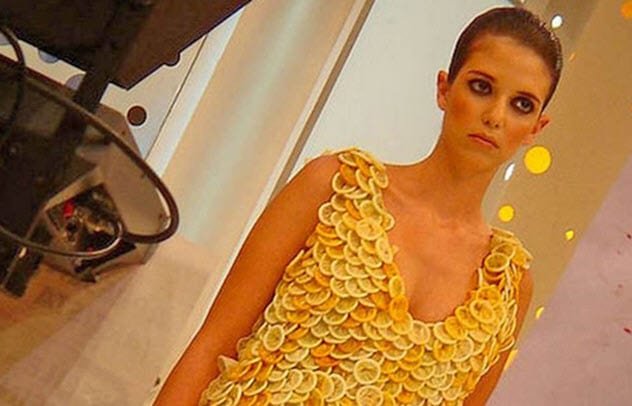 The world of fashion is a world influenced by innovation and inspiration. There have been several way by which a lot of people and fashion designers have been motivated to create a particular type of dress. Some fashions were influenced by certain traditions and cultures, others are influenced by nature or natural phenomenons, while others had their ideas inspired by technology.

Will it look bizarre when you realized that even diseases have actually played a bigger role in the world of fashion? It looks highly unlikely -but however, there have been quite a lot of fashion styles and trends whose inspirations came from diseases. We are going to look at just a few of them.

Tuberculosis, is a severe airborne diseases which attacks the lungs. During the Victorian Era in the Mid 1800s in England, the effects of tuberculosis on the female body were considered beautiful. That’s because those infected with the disease looks thinner and paler. This dreadful disease influenced the design of corsets and skirts. Corsets were made pointed so that the waist appear even thinner. Skirts were as well designed for the same reason. Due to the great number of funerals being held for those who died from the disease, black became particularly popular.

Surgical mask is very popular among cultures all over the world. It is worn during several activities to protect the nostrils from inhaling contaminated air -but in Japan, this is a hot cake. It was reported that in 2014 alone the sales of these mask accrued to a total sum of 23.2 billion yen. So what made this mask so popular in Japan?

Starting in 1918, the Spanish flu killed as many as 50 million people worldwide. But in Japan alone, it is estimated that 470,000 people died of this disease. At the time, Japanese authorities suggested that wearing masks would be a good way to avoid contracting the deadly disease. And that is how “mask culture” began in Japan. People of this nation tend to wear it even when they less needed it....because the fashion trend has eaten deep into their culture.

Alzheimer’s Has Inspired A Fashion Collection

According to the World Health Organization WHO, approximately 52 million people all over the world are currently living with this disease. It is a disease that leads to memory loss predominantly in aged people.

Nadia Pinkney is a Fashion designer who has been inspired by this disease to create a particular type of dress - this inspiration came after two of her family members were affected by the memory-loss disease. She created a whole fashion line inspired by the red colors..... because during PET brain scan, the color red indicates the part of the brain that is not yet infected by the disease. She used brain scans of Alzheimer’s sufferers and turned the scans into prints used in garments and other transparent fabrics.

During the early hours 18th century, smallpox was one of the most deadly disease killing at most 400,000 Europeans every year. Later in that same century, the vaccine for the disease was unveiled which was present all over Europe except in France, because the French were doubting the efficiency of the vaccine. However, they latter realized the positivity of it when they saw how effective the vaccine was then they now decided to participate in the glory.

In order to celebrate this great moment in history, the Hat-makers of Paris France created a hat called pouf a l’inoculation. This headdress contained a series of symbolic images—a serpent to represent medicine, a club to symbolize conquering the disease, a rising Sun for the king, and an olive branch to represent the wonderful alleviation one gets from having been inoculated.

Jacqueline Firkins, an assistant professor at the University of British Columbia’s Department of Theatre and Film, crafted a collection of ball gowns. Whose inspiration came from the microscopic images of cancer cells.

Under the project title of “Fashioning Cancer: The Correlation between Destruction and Beauty,” Firkins hoped to create an inspiration for women battling with this disease, that even when that feel saddened about their body due to this disease, the dress would actually appeal to their soul by simultaneously reflecting strength, resilience and beauty.

Just to serve as a public awareness to keep practicing safe sex, fashion designer Adriana Bertini designed a collection of dresses made up entirely of condoms. However, creating these stylish dresses, and bikinis, from condoms doesn’t literally make the clothes fit to be worn around. Instead, she considers the fashion as a public awareness, passing message against HIV and AIDs.