Unknown Facts About The New York Statue Of Liberty 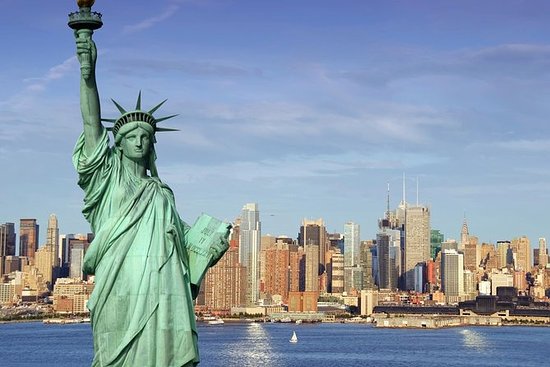 The Statue of Liberty has been a famous symbol of independence for centuries. It is a world famous iconic landmark that symbolizes liberty enlightening the world. It is situated in the New York Harbor, as a major site of attraction that pulls crowd allover the world. It was mainly made from copper and steel.

Her Full Name is “Liberty Enlightening the World.”

It is popularly called the Statue Of Liberty.....well that's just a sobriquet, that's not the real name. The official name is  "Liberty Enlightening the World", coined from the french language “La Liberté éclairant le monde”.

It was dedicated to America by France in 1886

France gifted it to the people of the United States and was dedicated on Oct 28,1886. It was designed by French sculptor Frédéric Auguste Bartholdi and its metal framework was built by Gustave Eiffel, the person who designed the Eiffel Tower in Paris and was named after him.

Small-scale copies are scattered around Paris.

Several copies of this statue are found distributed all across Paris in France. They were made by the Americans as a sign of appreciation.

The statue was brought to New York in pieces.

It is an enigmatic statue that could not be carried wholly except in parts. It was shipped as a series of 350 parts down to where it is today in America where it was assembled.

It functioned as a lighthouse for 16 years.

As another version of the Light House of Alexandria, the statue of Liberty adopted an illuminating role for 16 years. However, the light source was proved to be too dim for ships to see, and the statue stopped operating as a lighthouse under the order of President Theodore Roosevelt who served as the 26th president of the united states in the early 1900s.

The statue is filled with symbolism.

The statue is dressed with symbols which metaphorically depicts a lot of things.

Her crown consists of seven rays, which indicates the seven continents and the seven seas, her feet are locked in chains that have triumphantly been broken. In one hand, a torch represents enlightenment; in the other, a tablet of the law is inscribed with “JULY IV MDCCLXXVI,” which signifies the date of American independence 1776.

Her Positioning is also a symbolic one, as she faces South-East direction to welcome ships coming with immigrants into America.

In the 1980s, Lady Liberty received a much-needed makeover.

To mark its hundred years anniversary, the Statue of Liberty was renovated from 1984-1986. This was a very huge project that involved several professionals such as scientists, engineers, government organizations, and architects. It was a huge undertaking, which involved filling holes in the copper, replacing rusted iron pieces with stainless steel substitutes, and adding a stunning gold-leaf touch to the torch.