Foods that Can Cause Bad Dreams -Beware of Them 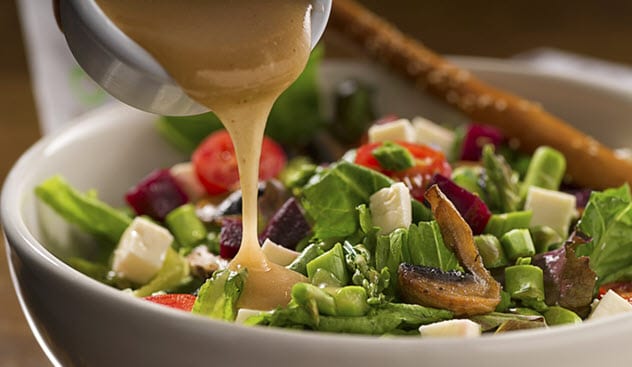 Have you ever woke up in the middle of the night panting heavily and your heart racing hard as if its contesting for Olympics? You may think that some demons have actually stopped by to pay you some visit. But before you begin to raise alarms and blame innocent demons, it may be time to investigate the last meal you took before going to bed, they might just be the culprits. Humans tend to have nightmare during the Rapid Eye Movement (REM), which is the period of sleep we tend to have dreams due to the actions of brain waves.

Researchers have found that some certain food we eat before going to bed can actually stir up some metabolic effect that can influence the REM and trigger the brain waves action leading to a terrible nightmare.

Below are foods you should be mindful of before going to bed if you don't want to wake up in the middle of the night with cold palms.

Before slopping down a salad for dinner, you need to think twice and investigate the salad dressing and other sweet sauce it may contain. Salad dressing contains some hidden sugars that can make your night miserable, they can make sleep uncomfortable for you and can trigger bad dreams.

A study in Psychology have shown that salad dressing and other sweet sauces play a huge role in causing bad dreams. The researchers knew this after working with participants. They realized that the sweet sauce and the hidden sugars in the salad dressing were responsible for the nightmare some of their participants had. Excess sugar and inadequate fat absorption will disrupt your sleep by either causing unpleasant dreams or causing you to wake up often during the night.

Why would this ones not cause bad dreams when they are looking like scary creeping worms looking for what to infest.

Research have shown that pastas cause bizarre dreams when compared with any other carbohydrate food. Pastas are carbohydrates rich in sugar and you've seen earlier that sugars takes a big toll on the way we dream. So if you must consider this food as your last square meal for the day, then its better to eat it as early as possible for digestion to take place immediately -if you don't want to see creepy creatures trying to have fun with you in your dream.

Fries are greasy foods rich in fat that contain a high amount of calories. We all know how fatty foods can be disastrous to our health so this should not come as a surprise. In one study, researchers found that eating greasy foods like potato chips and other fries can make one have unpleasant sleep, because it can disrupt the digestive system mechanism making it difficult to get a good restorative sleep since dreams are usually influenced by our body metabolism.

Most beverage are rich in caffeine most especially soft drinks and coffee. We all know the impact caffeine can have on the brain -it directly stimulates the brain and make it stay awake even when the brain is willing to rest. As the brain struggles to relax fully due to the caffeine intake, one tend to sleep faintly. During this light sleep, it is very possible to experience some bizarre dreams at that moment. So if you must take some certain beverages, then you must take it long before going to bed if you don't want to struggle with the night.

We all scream for ice cream but ice cream can actually make us scream. Ice cream looks cool and innocent when sloping down on it but the aftermath that comes with it is not so appealing. Ice cream contains a lot of sugar and fat which one may not have enough time to burn before bedtime. The carbs it contain supplies a lot of energy to the body which in turn could send some mixed signals to the brain resulting in a terrible nightmares. The ice cream scream!