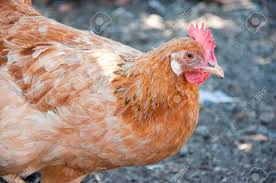 Mosquitoes have been the most dangerous animal ever to exist on earth. You may be shocked to know that this tinny fellows are topping the list of world most dangerous animals when there are wild animals like Lions, Tigers and the rest! Do not be surprised though, according to statistics, there are higher death rates caused by mosquito when compared with any other animal that have ever existed on earth. It has been one the major problems in underdeveloped and developing world like Africa and Asia, leading to a significant amount of death rates in these areas.

Mosquitoes not only pest on humans but also on livestock such as cattle, sheep, and goats. With that being mentioned, chicken is the only livestock that are resistance to this threat, they are no go area for mosquitoes.

Study have shown that chicken emit volatile chemical that can drive away mosquitoes. It means that if there are smells of chicken in any environment, mosquitoes run for their lives. Mosquitoes can develop resistance to a lot of repellent but not chicken smell.

With all that being said, does it now mean that we should start living in the same room with chickens? of course no!

According to study humans can get a maximum protection against the adverse effect of mosquitoes if this chemical is in a way extracted from chicken and added as a recipe in producing mosquito repellents such as sprays, nets and creams.