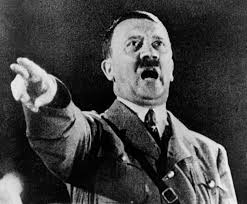 Adolf Hitler was a German politician, a dictator, and the leader of the Nazi Party. He rose to power when he became a Chancellor of Germany in 1933. During his dictatorship from 1933 to 1945, he spearheaded the World War II in Europe by invading Poland on 1 September 1939. He is one of the most dangerous men that ever existed on earth.

Below are fascinating facts about Adolf Hitler.

He had no Nation For Seven Years

He was an Austrian by birth but he renounced his Austrian Citizenship in 1925 hoping to become a German citizen. However, he could not obtain a German citizenship immediately, so he became nation-less for seven years, facing the risk of deportation. Due to his status, he couldn't run for public office until 1932 when he was appointed an administrator for Brunswick state in Germany.

Hitler Used to Take Cocaine Twice a Day as Prescribed:

Different type of drugs was administered to Hitler on a daily bases including cocaine. He was prescribed to take cocaine twice a day. He used an inhaler to take powdered cocaine regularly to aid his throat and sinus problems. He also used eye-drops mixed with 10 % cocaine.

Hitler suffered a long lasting gastrointestinal problems which lead to his chronic flatulence,he fart plenty times a day even in public meetings. However, “anti-gas” pills was rendered regularly to him just to avoid a foul smell.

Hitler Shaved Part of His Moustache Because His Full Moustache Nearly Killed Him:

He used to have a full moustache but he decided to reduce it to half when he almost dies in a gas attack during WWI. During the first world war, Soldiers in trenches were experiencing a dangerous gas attacks and respiratory masks were provided to the soldiers to keep out toxic gases. But Hitler could not create complete airlocks over his face due to his long moustache and this almost killed him due to the presence of gas that diffused into his mask.

Hitler Was Injected with Extracts from Prostate Glands and Testicles of Young Bulls:

Before meeting a woman, Hitler was regularly injected with extracts from prostate glands and testicles of young bulls, a medication known as Testoviron, just to improve his testosterone and boost sexual libidos.

Hitler Seriously Wanted to Become a Priest During His Childhood:

Hitler mother was a practicing catholic. When Hitler was 8 year of age he used to sing in church choir, he would always take singing lessons just to improve his vocals, he was really determined to become a priest. But however, he latter became an atheist to the core, seriously hating on Christians.

Hitler Most Likely Had Parkinson’s Diseases:

It is documented that Hitler suffered physical symptoms of Parkinson's disease for the last 11 years of his life before his death. Some historians argued that his decision making was thwarted during WWII due to his possible dementia or memory loss as a result of this disease.

One Of Hitler’s Hobbies Was Whistling

The best hobbies of Hitler is whistling. When he is extremely excited, he like whistling just to entertain his guest.

3 of Hitler’s 6 Siblings Died During His Childhood:

Hitler had six siblings and four of whom died before his 25th birthday. He was the fourth children to Alois Hitler and Klara Pölzl. His all 3 older siblings- Gustav, Ida and Otto died in infancy.

Hitler Proposed The “Museum Of An Extinct Race”:

Hitler had the ambition to exterminate the entire Jewish race and create a museum for their relics such as artifacts, paintings, and other valuables belonging to the Jews.